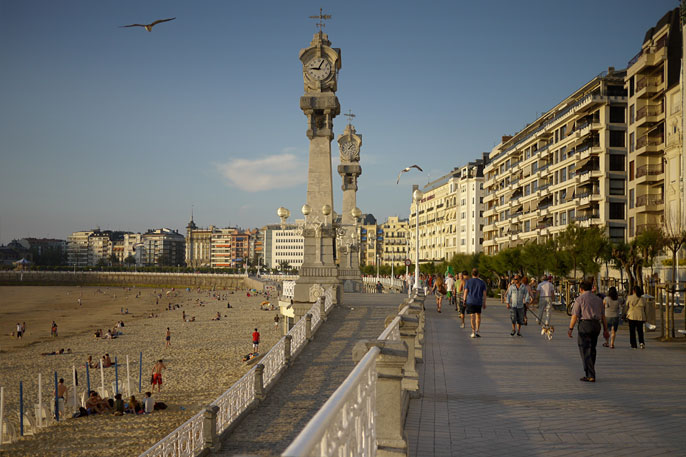 La Concha Promenade is unquestionably one of San Sebastián’s most characteristic features. It is a seaside promenade bordering the famous Concha Bay, shell-shaped as indicated by its name in Spanish, with two beaches (Ondarreta and the Concha) and an island (Santa Clara).

The Concha promenade can be enjoyed either on foot or by bike, along the cycle track. Added to its unbeatable views of the sea, this lively promenade makes its way past iconic buildings like the Hotel Londres, the Palacio Miramar and the Perla Spa. 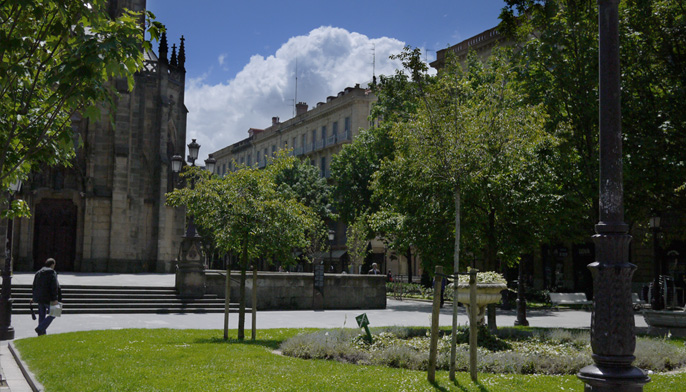 Today’s pedestrian layout of the Plaza del Buen Pastor dates from the late 20th century. The area, set around the Buen Pastor Cathedral and its gardens, also encompasses other characteristic buildings, such as Correos (the Post Office) and the Koldo Mitxelena Culture Centre. The pedestrian area continues to the front and rear of the building by the Calles Loyola and Reyes Católicos, on which the cathedral casts its unique shadow. 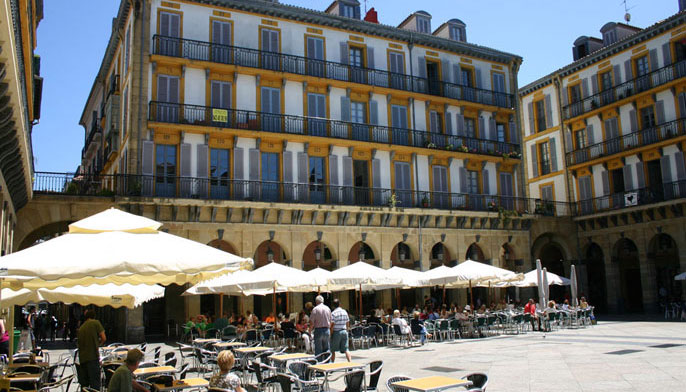 The Plaza de la Constitución lies deep in the heart of the Old Town. The building that dominates the square was San Sebastián’s City Hall until the 1940s.

The balconies on the colourful buildings that line the square display numbers dating back to the time when it was used as a bullring.

Today, however, the Plaza de la Constitución is a square packed with life where some of the most important local festivities take place: raising and lowering of the flag on January 20th, San Sebastián Day, the Santo Tomás fair (December 21st), etc. 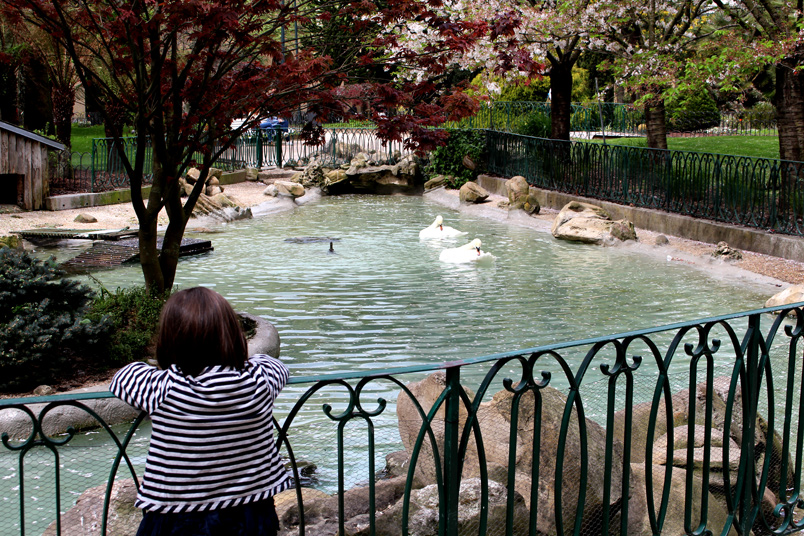 This romantic and charming green space resembles a small English wood right in the centre of the city. It was designed by the prestigious French gardener, Pierre Ducasse. Home to a large number and variety of trees, flowers and plants, it also has a pond where ducks and swans swim around to the delight of the youngest members of the family.

Crossing its small wood and iron bridge, you will come to a little lily pond.

The park, across from the Diputación Foral de Gipuzkoa building, has a number of important elements such as:

The Paseo Nuevo and the Harbour 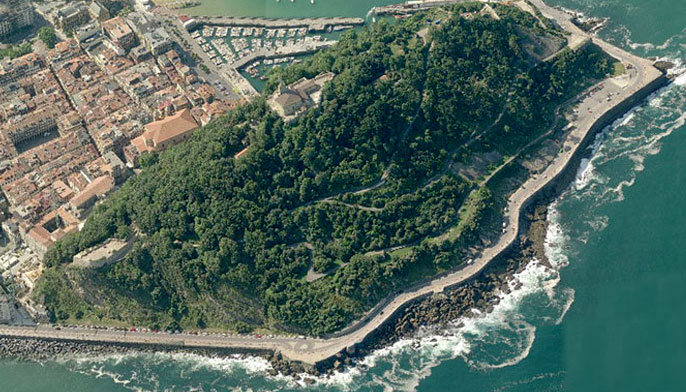 The Paseo Nuevo skirts Monte Urgull from the Harbour to the Calle Salamanca. Opened in 1916, the promenade has received several names over the years related to historic figures of the time, until in 1979 it was officially given the name by which it was popularly known, the Paseo Nuevo.

Added to its views of the Bay of Biscay and the coast of Gipuzkoa, the Paseo is famous for the sight of its breaking waves, particularly in the area beside the Sociedad Fotográfica de Gipuzkoa, the entrance to the Plaza Zuloaga and the Calle San Juan.

Easo Square with Urgull in the background

The Plaza Easo plays an important part in the district of Amara. There was once a farmhouse called Amara in the area, specifically on the land now occupied by the street of the same name. The farmhouse gave its name to the area, the aforementioned street and the district.

As for the origin of its current name, ancient maps refer to a Roman city called Olearso, Olarso, Oeaso, and Easo on the border with Gipuzkoa. The belief that the Roman city was located in San Sebastián led people to start calling the city Bella Easo. Although new studies show that the Roman city did not in fact stand on the same spot, San Sebastián still receives the name, particularly when referred to in poetic strains.