Amara, Anoeta and Riberas de Loyola are three neighbourhoods of the city which are well worth discovering because they present a perfect picture of the daily lives of Donostian people. During the day, this is a bustling shopping and office area, but as night draws in, the residents of the neighbourhood fill up the bars, enjoying their last pintxo-pote before going to have dinner. But let’s start from the beginning. 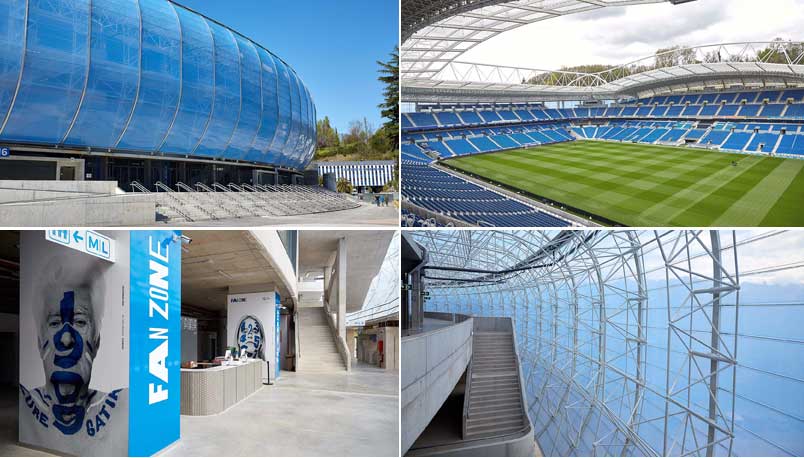 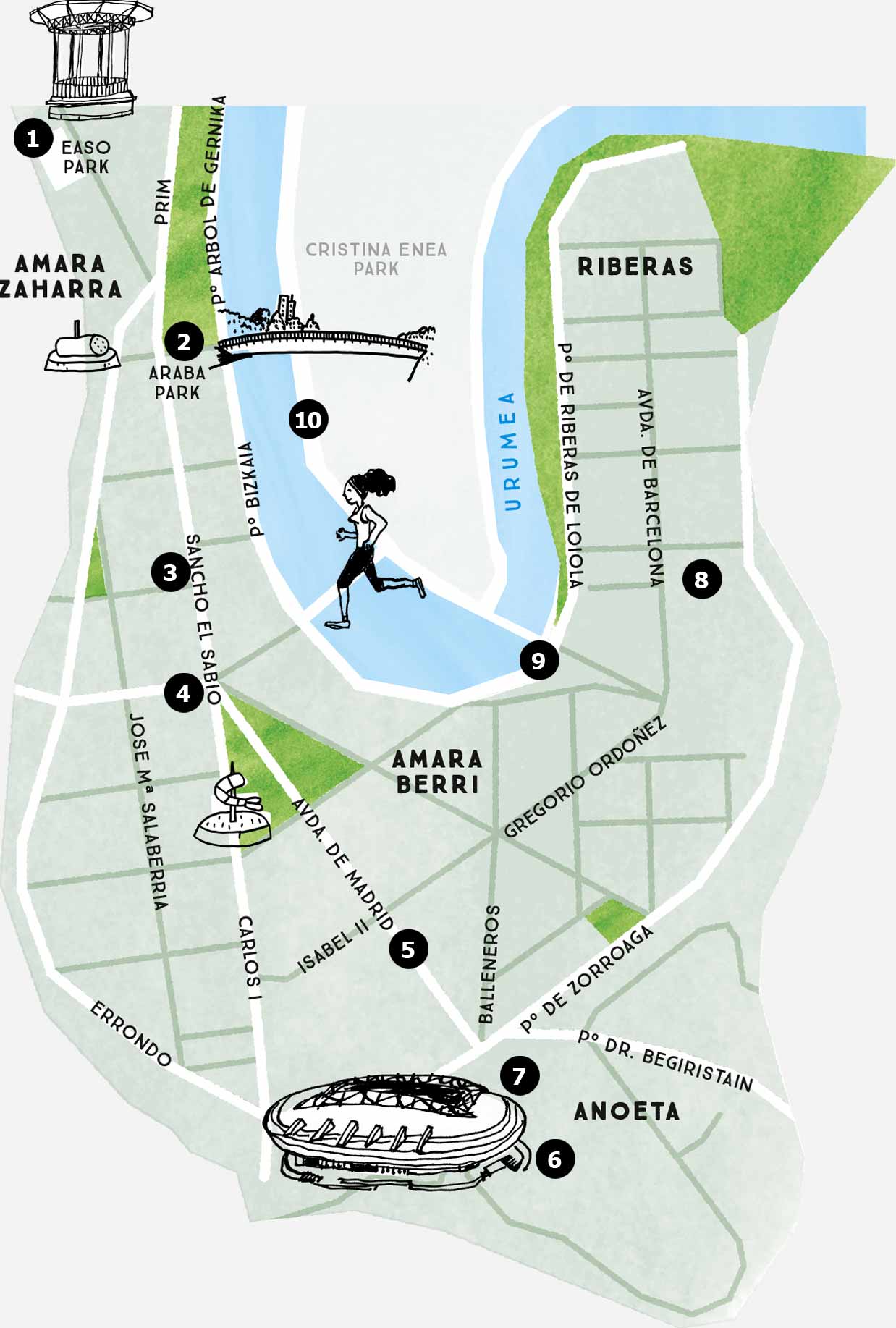 Amara, the neighbourhood with park and large avenues

Following the course of the Urumea River, you will enter the neighbourhood of Amara after crossing through the Romantic Area. This is one of largest neighbourhoods in the city where you can distance yourself from the tourist hustle and soak up the real atmosphere of Donostia.

Amara is a neighbourhood which has many places to stroll around in and parks to relax in. One of the most pleasant parts of the neighbourhood is the path that runs next to the Urumea River. Walk along the river bank under the trees until you get to the Plaza Easo where you can sit and rest in the shade or have a quick drink in any of the terraces surrounding this area. It is not unusual to spot an interesting local occurrence such as a second-hand market, a concert in the stand in the middle of the square, or some stalls overflowing with flowers. After all, this is an extremely atmospheric area. 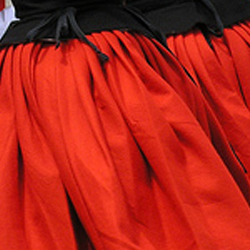 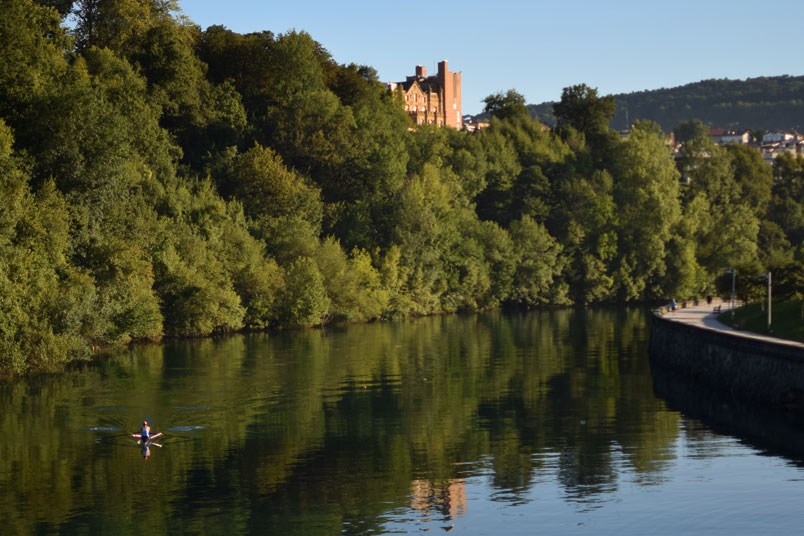 Paddling in the river Urumea near Riberas de Loiola.

Araba Park, just by the side, is a perfect choice for those visiting with children. Your little ones can enjoy frolicking around while you make the most of being in a peaceful, leafy environment with views of the river.

Amara is also known for the two large avenues that cross the neighbourhood. The first of these, Avenida Sancho el Sabio, is the widest in the city and will take you to Pío XII, a gorgeous circular square which has an impressive fountain in the middle and is surrounded by a green lawn decorated with flowers.

The other main artery through this neighbourhood is the Avenida Madrid. Although it may appear to be long, it is well worth venturing along the entirety of this avenue because at the end of it you will come across the Reale Arena Football Stadium, the iconic temple of Real Sociedad.

Anoeta is undoubtedly synonymous with sport. Here, you will find the largest sporting complex in the city which has facilities for football, hand-pelota, basketball, cycling, swimming, skating and even ice hockey. The most important teams in the city compete in these facilities, many of which are in the first division of their respective disciplines.

You can see the Reale Arena football stadium, ising from between the surrounding houses from quite some distance away. This stadium hosts the first-division matches of Real Sociedad. Now it is newly renovated and host 40,000 spectators as well as being one of the most cutting-edge stadiums in Europe. You can also discover historical information and fun facts about its hundred-year-old team in the museum which is located within the stadium itself.

And if you would like to discover more about one of the most deeply-held traditions in the Basque Country, visit the Atano III court where Basque pelota games and especially hand-pelota games are played.

The Anoeta sporting complex is completed by a velodrome and an ice palace where you can go skating or enjoy an ice hockey match, in addition to a skate park, an athletics ground and a sports centre. 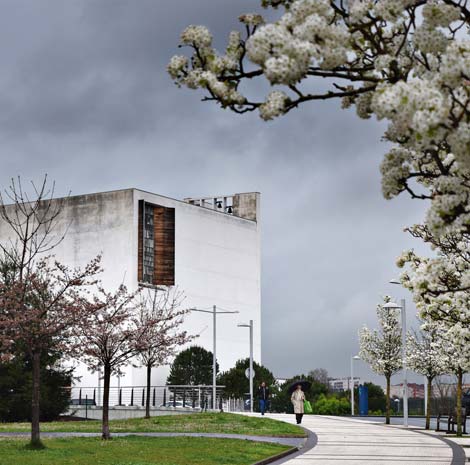 Fresh, modern and youthful are the three adjectives which best describe Riberas de Loiola, one of the newest residential areas in the city. Located by the Urumea River, this area is watched over by one of the most modern architectural structures in the city: Iesu Parish Church.

This white church, which opened in 2011, is the work of architect Rafael Moneo. Visitors will be struck by its avant-garde style and minimalist design. Don’t miss the opportunity to go inside and gaze upon the movement of the light which enters from the outside through openings in the ceiling.

This parish church is surrounded by a memorial garden in remembrance of all victims of violence and terrorism. Walk through the garden and take a closer look at the southern façade of the building: if you lift your gaze upwards you will see an enormous picture window where the twelve months of the year are represented in Roman numerals. Also represented are the floor plan of the church, the sun and the moon in its different phases.

Walking along the banks of the Urumea 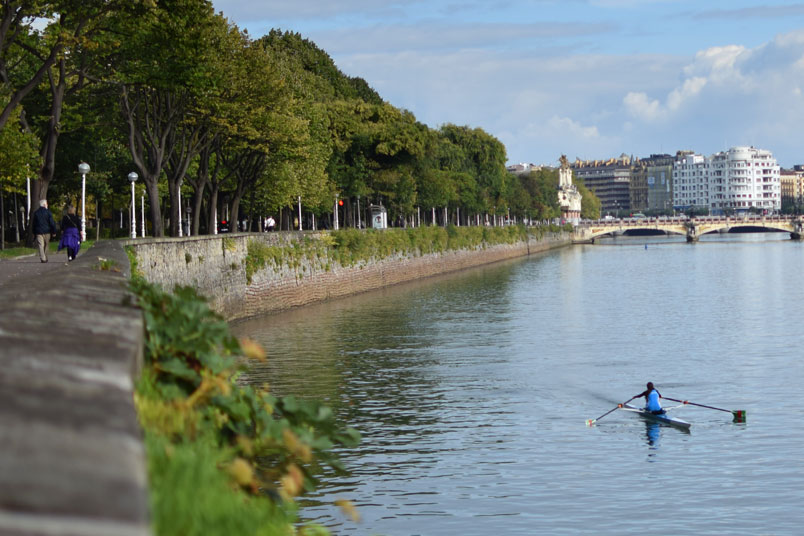 Strolling and paddling on the river Urumea

After visiting Amara, Anoeta and Riberas de Loyola, you can return to the city centre by following the path that runs along the Urumea. The trees that envelop the entire pathway until it finishes at the sea and the Parisian style of the surrounding buildings with their leafy patios both make this one of the nicest areas for strolling or playing sports.

As you wander, you can admire the different architectural styles of the six bridges spanning the river. Some of these bridges are more contemporary and others are more classic, but each bridge has a personality of its own.

In the squares of Riberas de Loyola and Amara, as well as in the main avenues of the area, you will find high-quality places to eat, have tapas or sit down for some breakfast.

Amara is truly a culinary feast. Its squares are filled with terraces and in the main streets such as Calle Isabel II and Avenida Sancho el Sabio you can enjoy the delicacies of Basque cuisine. But make sure to leave room for a snack, because here you will also find some of the most highly-renowned patisseries and chocolate shops in the city.

Better still, in Amara the pintxo-pote is not limited to just one or two days: no, it occurs on a total of three different days! In this neighbourhood, you can try the pintxo-pote on Wednesdays, Thursdays and Fridays.

Perhaps you are interested in buying traditional Basque produce? In this case, the gourmet stalls of Amara will provide you with the best of the best. If you are keen to carry on shopping, why not visit the Arcco shopping centre? Here, you will find a wide variety of different establishments.

And if you prefer to visit some of the city’s more modern locations, go for a stroll through Riberas de Loyola which is one of the best options in Donostia/San Sebastián for enjoying a peaceful and relaxing meal. Take note: here the pintxo-pote is on Thursdays.

Three- and four-star hotels within easy reach of the centre

The close proximity to the centre and the ease of entry to the city make this area a perfect place to stay in. In Amara you will find a range of three- and four-star hotels as well as other accommodation options such as hostales, pensiones and holiday rental apartments.

Enjoy the relaxed atmosphere of a neighbourhood which is still only a minimal distance from the city centre. In this residential area, you can go out and make the most of the day and then come back and relax at night. 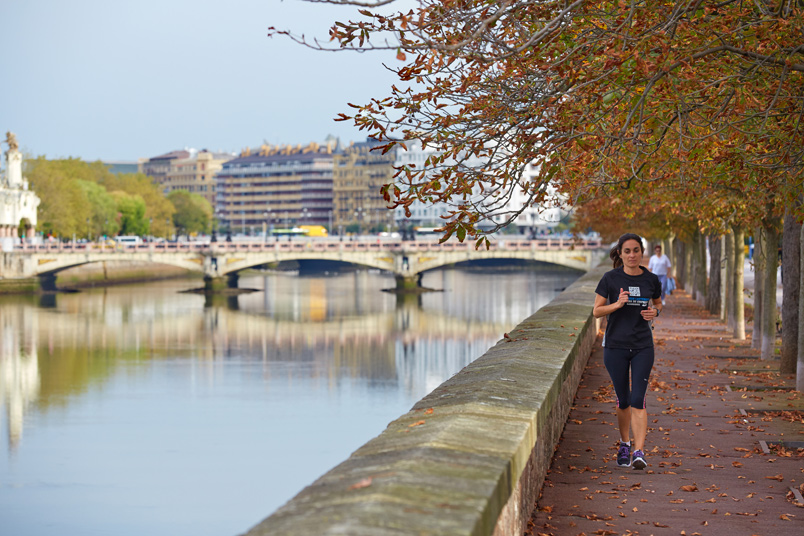 The riverbank is an ideal place to play sports.

As we have already mentioned, both Amara and Riberas de Loyola are only a short distance from the city centre. This means that the best option is to visit on foot. Alternatively, hire a bicycle and explore the city by following its broad streets and boulevards.

If you are coming from outside of Donostia/San Sebastián, the best option is the “Topo” (Euskotren). In Amara there is a stop with the same name which is located at the Plaza Easo. In Anoeta you have another stop a mere matter of metres from the stadium.

Taking the bus is also an excellent means of reaching this area, because there are several lines which stop in Amara, in Anoeta or in Riberas de Loyola.

If you decide to come by car, the good news is that the main roads leading into Donostia enter the city through this area. This means that you need not drive through the city centre.

You can park in the streets of both neighbourhoods, but remember that this is an OTA area which means that you will have to take a ticket. However, it remains the case that this area is cheaper to park in than the city centre. You can also park your car in one of the car parks, such as the Easo, Pío XII or Arcco car parks. 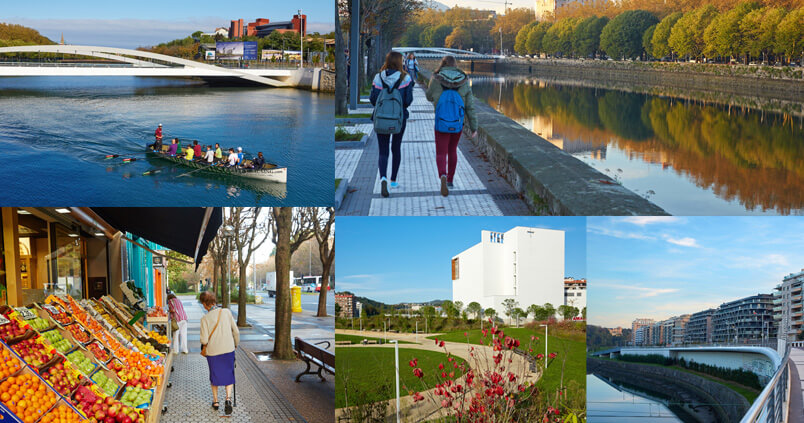