San Sebastián hosts festivals to suit all tastes.
Choose the one that suits you best!

The summer culture season opens with dFERIA. Theatres and other public spaces in San Sebastián raise their curtains to present the Theatre Fair, a not-to-be-missed nationally renowned rendezvous for performing arts enthusiasts and professionals.

Every April, San Sebastián repeats its commitment to society and doubles its efforts to foster solidarity with the Human Rights Film Festival. Taking cinema as its backdrop, with exhibitions and talks, the event helps to raise citizen awareness of the serious problems and realities that abound in our society.

Dock of the Bay is a music documentary film festival that combines screenings with talks and concerts in different parts of the city. A real treat for music and film lovers.

To the warmth of Jazz

In the second fortnight in July, San Sebastián taps its feet to the rhythm of the finest jazz. Great musicians like James Brown, Liza Minnelli, Bobby McFerrin, Diana Krall, Cassandra Wilson and B.B. King have all taken to the city’s beaches, theatres, squares and auditoriums at one time or another to delight audiences at this world-famous event.

Information on the accessibility to the Jazz Festival

In August and September San Sebastián hosts a hugely traditional classical music event: the Classical Music Fortnight. The Kursaal Centre, Santa María and San Vicente churches, the Victoria Eugenia Theatre and other stages throughout the city open their doors to fantastic international symphony orchestras and soloists. Despite its name, the ‘Quincena’ actually brings five weeks of excellent music; it is the oldest festival of its kind in Spain (on-going since 1939) and one of the longest running in Europe.

Information on the accessibility to the Musical Fortnight

Although San Sebastián’s summer indie music festival is relatively new – it started in 2012 – it has already become the biggest independent music festival in Gipuzkoa. Initially staged in an amusement park, the new retro-style hippodrome venue is quirky, cool, and easy to get to. Anyone who’s been comes back. It’s the kind of thing you’d have to invent if it didn’t already exist.

These features make this festival a unique musical experience, with two stages and big international bands to enjoy while having fun... from mid-afternoon onwards. This is an experience money can’t buy.

Big stars and young directors. The entire national and international film panoply flocks to San Sebastián every September to attend the most cosmopolitan event of the year: Zinemaldia, or the International Film Festival, one of the biggest of its kind in Europe alongside the Festival de Cannes and the Venice Mostra.

Information on the accessibility to the Film Festival

Halloween at its cultural best 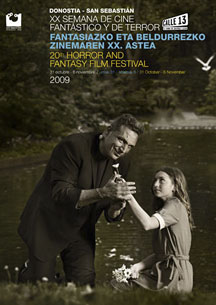 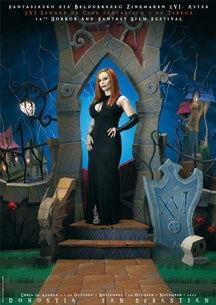 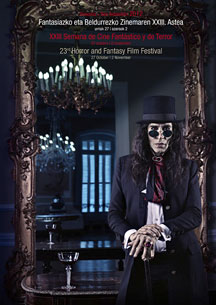 In late October and early November, the theatres and streets of San Sebastian turn into an improvised horror film set to host the Horror and Fantasy Film Festival. Concerts and exhibitions accompany the movies on the programme.

You can find more information about our festivals on the Donostia Kultura website.