How to get here 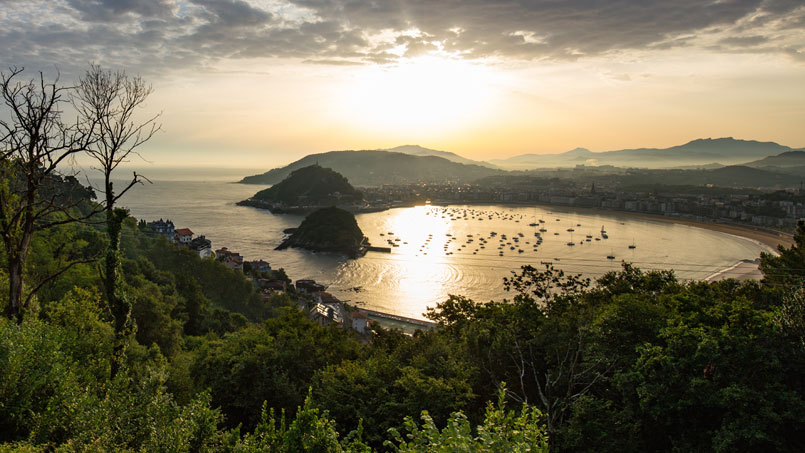 Its strategic location and excellent infrastructures make San Sebastián a place easy to reach from anywhere in the world, no matter what your method of transport. Choose the one that suits you best and get travelling!

Watch out for traffic changes in the city centre

The centre of Donostia/San Sebastian is currently being converted into a low emission zone (LEZ), so there are being disruptions in several of the city’s streets. The city centre it's being affected by roadworks, road closures and traffic flow changes and, especially now, we recommend parking your car and getting around on foot, on a bike or on public transport.

San Sebastián has 3 airports (2 international) within just over 100 km of the city.

Only 20 kilometers from the city centre, San Sebastián Airport has connections to the major Spanish cities; Madrid and Barcelona.

Bilbao Airport, with connections to all Europe, is 105km from the city, and Biarritz Airport, served by French and international low-cost companies, 47km. 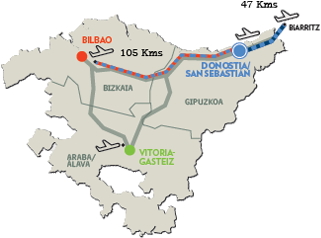 Information on the accessibility to San Sebastian Airport

Because of works and traffic restrictions in the city, using public transport is recommended now more than ever before.

Getting to San Sebastián by car is extremely easy. The city is connected to the rest of Spain and France by the N-1 (the national highway connecting Madrid to Irun), the AP-8 (Bilbao-Irun) and A-63 (Paris-Irun) motorways and the A-15 highway (Pamplona-San Sebastián). 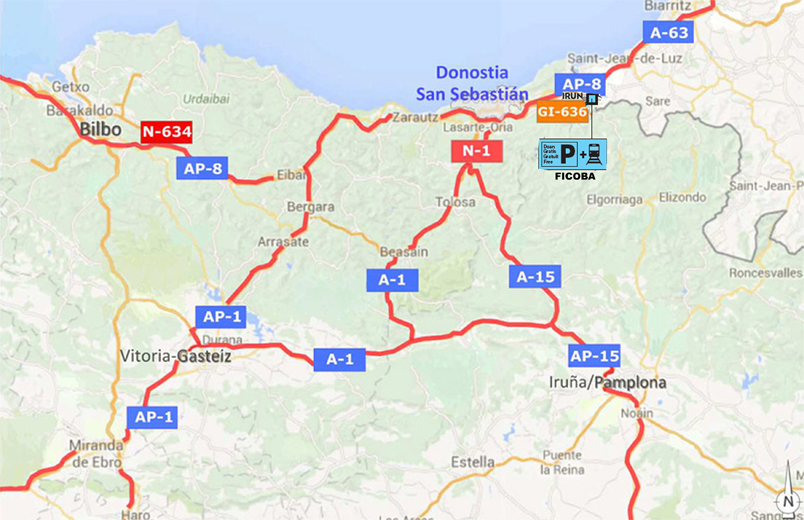 Another comfortable way to get in San Sebastian is parking your car in Ficoba Exhibition Center in Irun (at the French border, 20 Kms from San Sebastian) and take the Euskotren train to San Sebastian (40 minutes ride)

Once in San Sebastián, you can leave your car in one of the more than 6,000 parking places found in different parts of the city.

Underground pay parkings all around the town

Park and Ride free car parks with bus connection to the city centre.

You can park on the street but only on TAO / OTA blue areas where parking is limited by time.

RENFE Station closed for works related to the HSR. Provisional station located in the Nestor Basterretxea square. Access by Duque de Mandas Street, next to Tabakalera.

The train station in the centre of San Sebastián, the "Estación del Norte", offers connections to numerous Spanish cities including Madrid and Barcelona, and to international destinations such as Paris and Lisbon.

Train journeys to and from San Sebastián will gain enormously in speed with the new Tren de Alta Velocidad (high speed train), due to connect the city with other destinations in the near future.

Information on the accessibility to the Train station (Adif-Renfe)

There is also an underground railway, the Metro Donostialdea, a narrow-gauge train connection with Bilbao and cities along the Basque Coast, such as Zarautz. The service linking it also Hendaye (France) and the SNCF, french rail service, with Lasarte passing through Donostia. The train is popularly known as the "Topo" or "Mole".

Information on the accessibility to Amara station (Euskotren company)

The French company SNCF connects with world capitals such as Paris from Hendaye train station.

The San Sebastian new bus station has lines to cities throughout Spain and part of Europe.

The underground station has 21 bays, a café, newsstand and a left luggage office with 66 lockers where you can leave your belongings. Navilens and Navilens Go app system signals posts are available all around the station. It also has two floors of parking space for up to 384 vehicles.

Eight of the city’s Dbus lines will stop in the area around the station, on the ground level: the lines 17, 24, 37 and 45 in front of Renfe train station; 9, 41, 42 at Duque de Mandas street and 27 at Gernikako Arbolaren pasealekua next to María Cristina bridge.

On the DBUS buses you can pay cash (maximum 20€ bills), with SSCARD and BASQUECARD tourist cards, with MUGI, BAT and BARIK transport cards or with contactless credit cards.

Private cars that need to leave or take friends and relatives at the bus station can use the "Estación" underground parking 15 minutes for free.

Information on the accessibility to the Bus station (Donostia Geltokia)

In addition to national and international routes such as those from Madrid, Barcelona, Santander, Asturias, Logroño, Pamplona, Bayonne - Biarritz or Paris the following provincial routes also have their departure / arrival at the new bus station: DO01, DO02, DO03, DO50B, DB02, DB03, DB07 and UK01. 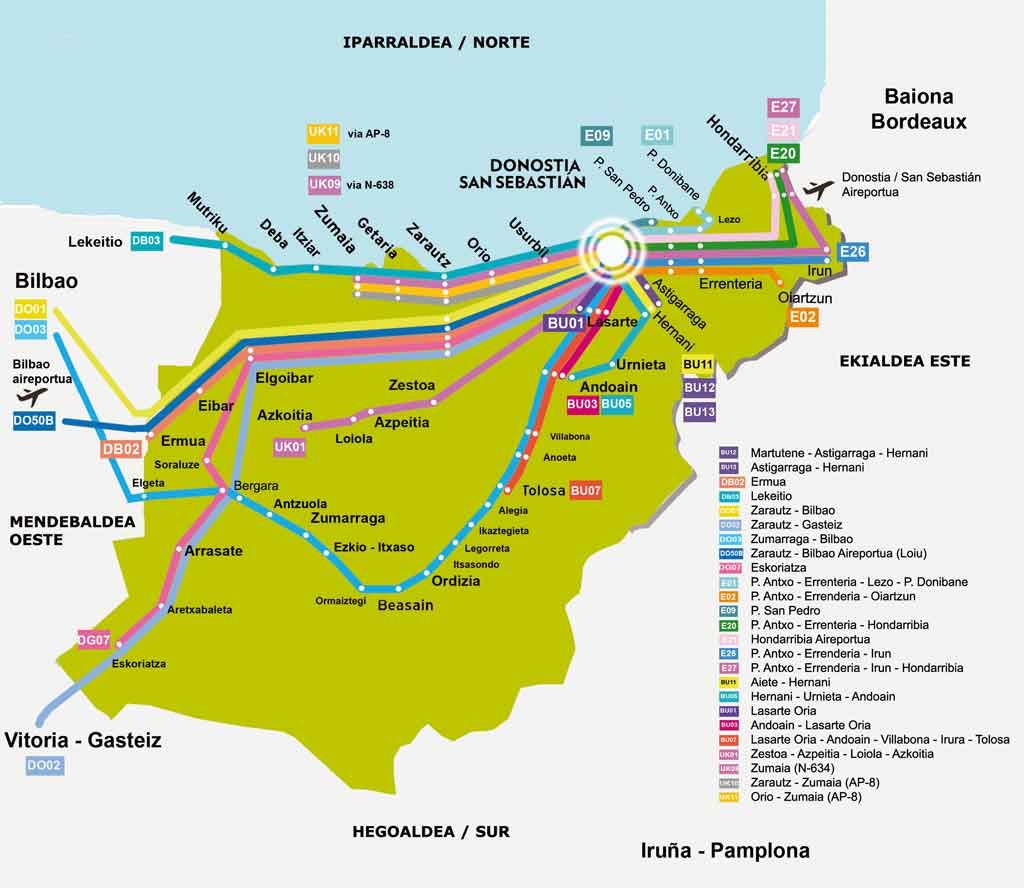 Information on the accessibility to intercity bus network (Lurraldebus company)

LURRALDEBUS LINES DEPARTURES FROM OTHER PLACES 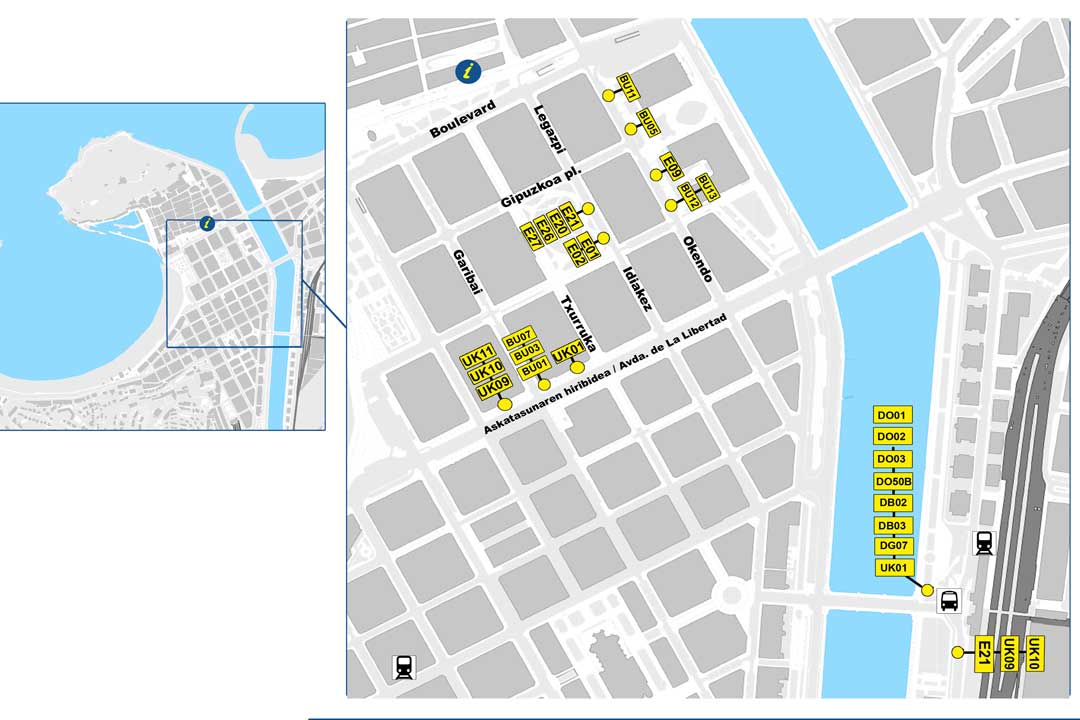 Private buses coming to Donostia / San Sebastian must enter the new underground Bus Station (Pº Federico García Lorca, 1) in order to drop off and pick up passengers. It is forbidden to do it in any other place of the city.

The operating rules are as follows:

It is highly recommended to book the platform in advance at the station.

The booking can be made through:

There is a boarding and a lighting point at the west side of the town (Pio Baroja, behind Miramar Palace -43.314513 - 2.000097) where the bus can stay for 10 minutes for free. This point is very close from notorious monuments like Miramar Palace, Chillida’s “Comb of the Wind” sculpture or the Funicular to climb to Monte Igueldo Amusment park.

San Sebastián has a service area for overnight stays in campervans:

Other parts of Gipuzkoa also have campervan parking areas: Legazpi, Renteria and Zumaia.

Donostia San Sebastián Turismoa accepts no responsibility for changes in the information provided in this section. 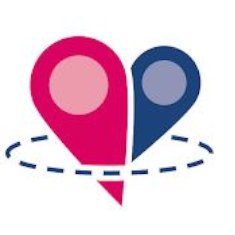