To host the long and hugely varied list of festivals and cultural events held in the city, San Sebastián is fortunate to have a variety of theatres, a wide selection of options to choose from.

Information on the accessibility to Victoria Eugenia Theatre

The Teatro Victoria Eugenia is one of San Sebastián’s most iconic buildings. Ever since it opened its doors in 1912, it has witnessed the major local cultural events; for decades it was the main stage of the International Film Festival.

With a typical Belle Epoque design, yet lively and modern in spirit, given that its recent 2007 refurbishment converted the building into an innovative performing arts centre equipped with cutting edge equipment and services, the Victoria Eugenia offers a varied and continually changing programme throughout the year.

Every day for over 160 years, the seats and stage of the Teatro Principal have welcomed dozens of different people and professionals from all walks of life. Opened in 1843, this, the oldest theatre in San Sebastián, has seen as many architectural changes as it has cultural in its long life. The Teatro Principal stands in the Old Town, and currently offers a steady listing of interesting plays. 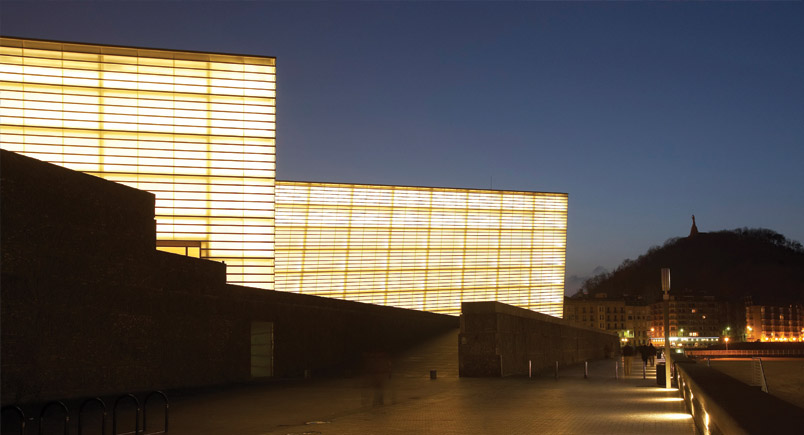 Kursaal cubes lit up at night

Information on the accessibility to the Kursaal

One of the major expressions of contemporary architecture, an artwork in itself and distinguishing feature of San Sebastián ever since it was built, congress centre and home to festivals and fairs of all kinds...

The Kursaal can be discovered in many ways, and every one is the perfect choice. Both inside and out, these two ‘cubes’ designed by the architect Rafael Moneo offer different possibilities for every day of the year.

Located in the center of the city, the Forum space of the FNAC hosts all kinds of concerts, exhibitions, workshops... small size events which contribute to energize San Sebebastian cultural life. 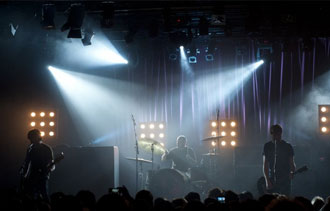 This culture centre located in a former factory offers a regular music, dance and theatre programme added to rehearsal rooms and workshops in these disciplines. 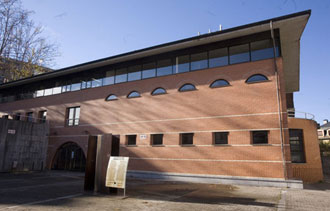 This Culture Centre in the district of El Antiguo opened its doors in 1993. Specialising in the performing arts, the centre has an on-going programme of medium and small-sized productions that have earned it a faithful local audience.