The city has a wide and varied selection of museums to satisfy even the most curious minds with their excellent exhibitions and modern installations.

Walk through the gardens and rooms of the Chillida Leku Museum

Chillida Leku is home to the most comprehensive body of works by Eduardo Chillida (San Sebastián, 1924-2002), including his archive. Built in Zabalaga, a former farmhouse owned by the author and only a few minutes from the city centre, Chillida-Leku proposes 150 pieces that invite reflection. 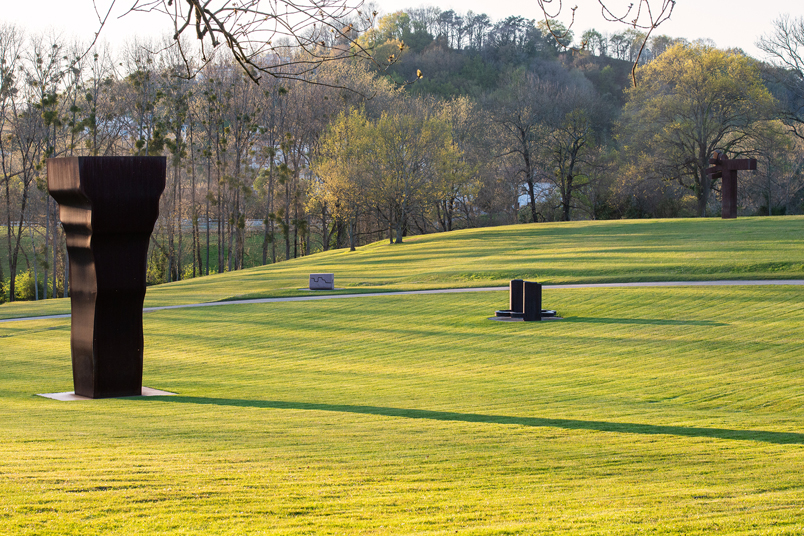 Inside of the Chillida Leku museum

The San Telmo Museum can be found in the Old Town, in a magnificent 16th century building formerly used as a Dominican convent. Previously also used as artillery barracks, the building became a municipal museum in the 20th century. The Renaissance style cloister, the ancient church decorated with canvases by the Catalan artist, José María Sert, and all of the other Museum buildings were refurbished and extended in 2011. The complete overhaul served to revise the Museum concept, bringing a change in its definition, aims and modus operandi. The San Telmo Museum, inaugurated in 1902, is the oldest museum in the Basque Country. It was renovated to become the Museum of Basque Society and Citizenship and its purpose is to show the cultural and historic past of Basque society. The museum is also home to different high-quality temporary exhibitions. 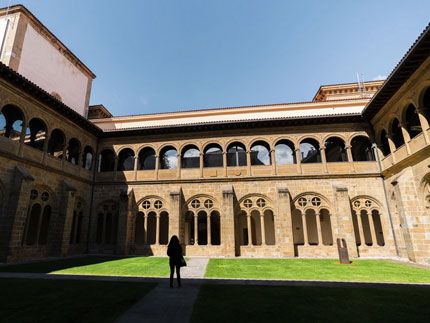 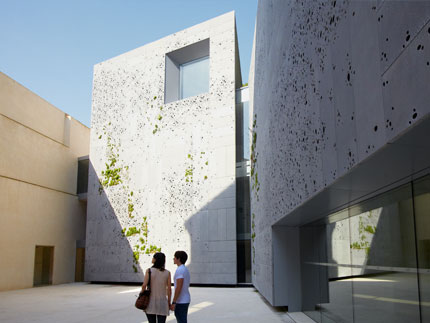 Almost a century old, but younger than ever since it was revamped in 2008, the San Sebastián Aquarium can boast itself to be one of the most modern oceanographic museums in Europe.

The Aquarium has made the dreams of the smallest among us come true, with its specimens of "Nemo”, the famous fish from the film of the same name. Adults too are delighted to vastly improve their knowledge of the marine environment.

Making your way through the 360º acrylic tunnel suspended in the water, surrounded by huge sharks and enormous manta rays, or touching live fish in the touch tank are some of the most entertaining activities available at the museum. 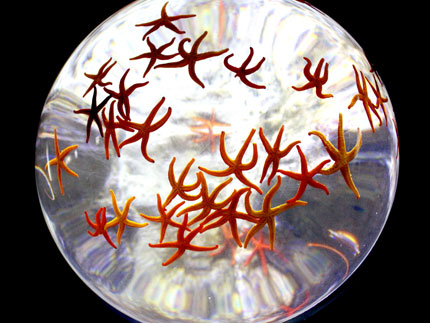 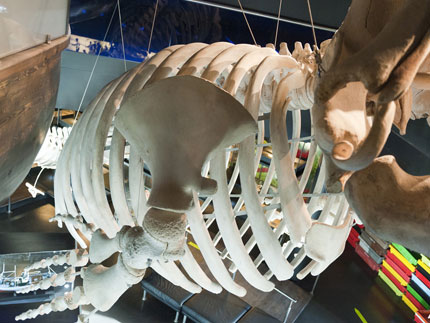 Discover the most entertaining side of science! Combining learning with having fun can be done at the Eureka! Zientzia Museoa. Added to the permanent exhibition with over 172 models, the Museum also has a Animalia zone for general public, where you can see different ecosystems and the animals (rainforest snakes, desert lizards and salt water fish ) that inhabit them in an effort to understand the importance of preserving our natural environment. There are guided activities every weekend, a digital Planetarium with a varied programme, and a play area of 300m² with all sorts of simulations to take visitors off into a world of sensations.

Outside of the Balenciaga museum

The Balenciaga Museum, dedicated to the master couturier from Getaria, is housed in a newly built annex to the Palacio Aldamar. The Palacio, standing on a hill above Getaria, was the former residence of the Marquises of Casa Torre, grandparents to Queen Fabiola of Belgium and mentors to Balenciaga in the early years of his career.

With the building of historical boats as its main activity, Albaola The Sea Factory of the Basques, is an innovative environment where the marine artisanal technology is recovered and showcased. The Factory is open to public and is characterized by its dynamism, the diversity of its activities and its international ambition.

Located in Astigarraga, at the foot of an apple orchard, is the Sagardoetxea, the Basque Cider Museum, a centre equipped with cutting-edge resources and technologies where information panels, interactive material, photographs and games are used to tell us about the history, the past, present and future of the exciting world of apples, cider and its cultural importance in the Basque Country. 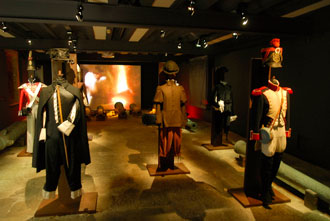 Period costume exhibition in the House of History

San Sebastián puts its history on display in the Castillo de la Mota at the top of Monte Urgull.

A tour guided by audio-visuals, models, objects and scenographies explains the features to have defined the lives of people in San Sebastián over time; a narration looking at the more than 800 years of a young, lively city.

The Euskal Itsas Museoa invites visitors in to learn the secrets shared with the sea by the Basques and the people of San Sebastián.

The Museum stands at the heart the harbour, in the former San Sebastián Consulate (port authority building), where it preserves, studies and conveys the history of the Basques and the sea.

Inside the Real Sociedad museum

The Real Sociedad Museum opened its doors on 7th September 2009, the day the club turned 100 years old. Occupying a space of around 400m², the Museum describes the history of the Real Sociedad in an original fashion. All of the club’s sports sections are represented, not only football.

Museum Cemento Rezola is a place to discover the important role cement has player in our civilization. Isn't it surprising that an invention as recent as concrete has managed to transform our planet so drastically? What actually goes on in a cement fectory? How is concrete utilised? Where do the raw materials come from? What measures are taken to reduce enviromental impact? Why is the cement industry a key figure in the elimination of industrial waste? The audo-visuals, simulations and interactive modules at Museum Cemento Rezola will provide you with insight in finding the answers to these and other questions 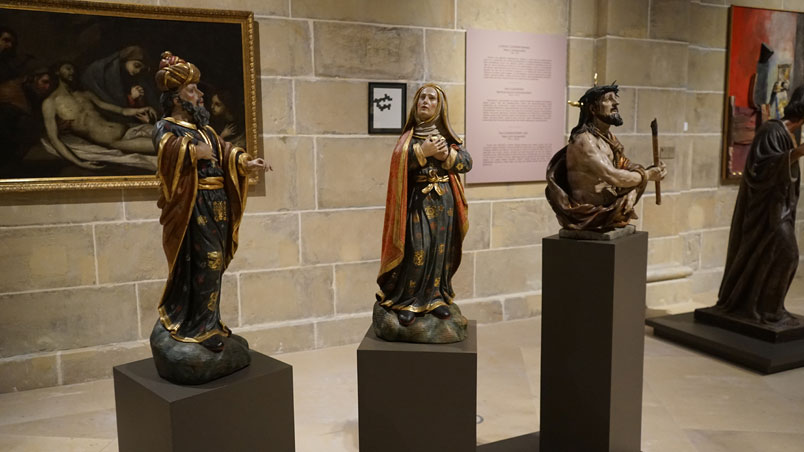 The San Sebastian Diocesan Museum is located in the Nave Santa Marta of the Basílica de Santa María (18th century) and has a permanent collection that includes more than 150 works of art - sculpture, paintings and precious metalwork - arranged over an area of 400m2, a sample of the cultural and artistic heritage of the diocese.

The permanent exhibition includes medieval, modern and contemporary works of art, and there are also a number of spaces for temporary exhibitions. Rodrigo de Zuazola, Ambrosio de Bengoetxea, El Greco, Ribera, Beobide, Chillida and Oteiza, among others, show us our evolution from the Middle Ages to nowadays. 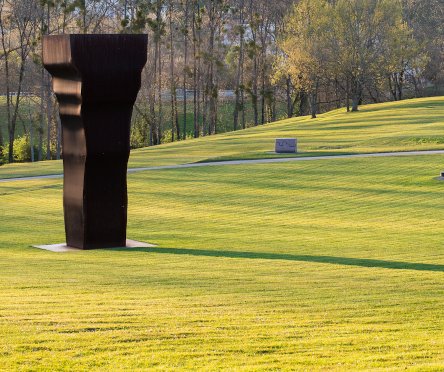 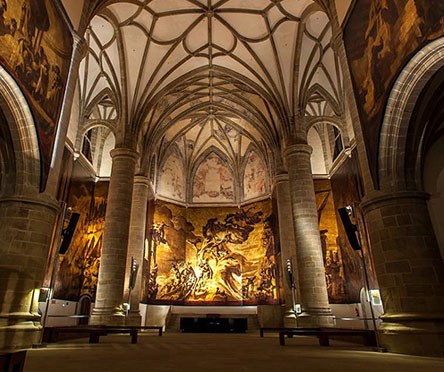 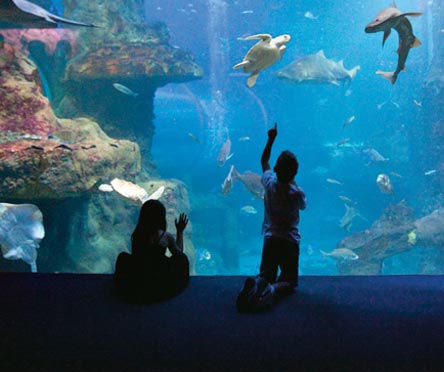 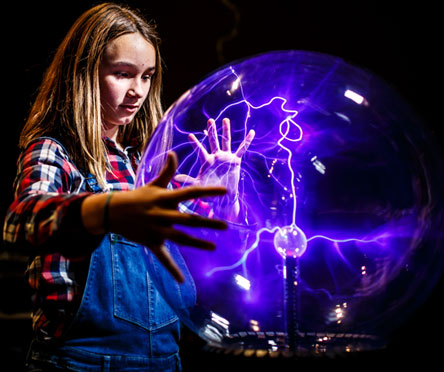