September is the month of Festivals par excellence. We start with the lively concerts hosted by the Donostia Festibala providing live music from the Mount Igueldo Theme Park with its panoramic view over the city.

This month also hosts the Euskal Jaiak or Basque Festivals, a singular opportunity to find out about Basque culture such as the Bandera de la Concha rowing regattas held on the first Sundays in September.

And finally, at the end of the month, Donostia/San Sebastián puts on its glad-rags to host Zinemaldia, the International Film Festival, with its interesting programme of movies and film-stars who come from all over the world to present their films.

FROM 16TH TO 24TH OF SEPTEMBER

Big stars and young directors. The entire national and international film panoply flocks to San Sebastián every September to attend the most cosmopolitan event of the year. 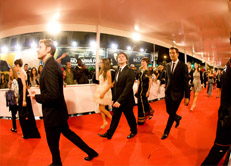 2ND AND 3TH OF SEPTEMBER

KKF is the city's youngest bash. That said, its short life has shown it to be different to other festivals thanks to the independent music it brings to the city AND the stage (in the Parque de Atracciones Monte Igeldo) with its spectacular views of the city. 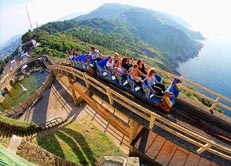 FROM 1TH TO 11TH OF SEPTEMBER

Cider Day will kick off the celebration of Basque culture. Musical and sporting activities and the best Basque cuisine are the main attractions in the Euskal Jaiak. 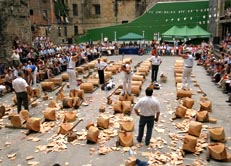 The competition known as ‘La bandera de la Concha’ is among the top sports competitions in the Bay of Biscay. The estropadak races take place towards the end of summer, when thousands of people flock to all parts of the bay, turning it into an amphitheatre packed with enthusiasts. 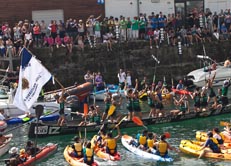 3TH AND 10TH OF SEPTEMBER

Horse races attracts hundreds of spectators who come to have a good time and place bets on these exciting summer afternoons, horse-racing enthusiasts can't miss this meeting! 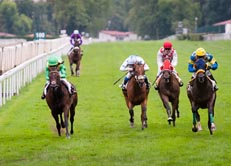 THE MONTH OF THE WAVES!

San Sebastián’s beaches are one of the greatest summer attractions. Each one has its own personality: the Concha, the best known, and Ondarreta, a family favourite, make up the Concha Bay. The Zurriola, largely taken to by youngsters and surf-lovers. 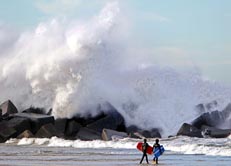