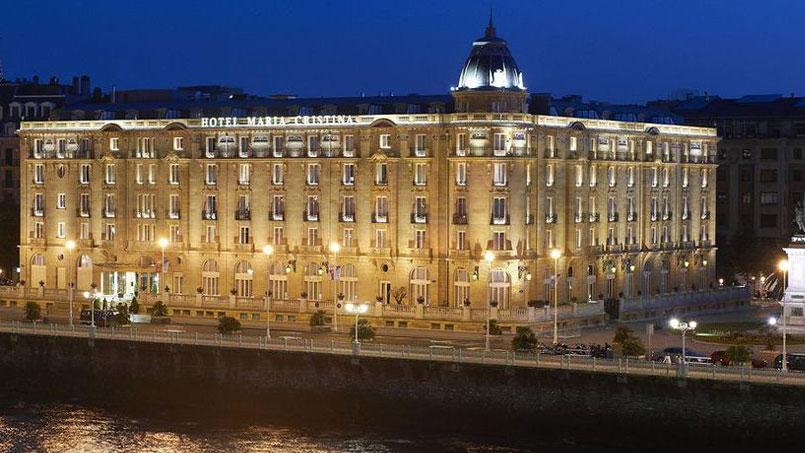 Real oasis in the city centre

Once the walls had been demolished in the late 19th century, successive work carried out on the new part of San Sebastián gradually gave the city its layout as we know it today.

The most remarkable aspect of the new town is the feeling of unity barely interrupted by a handful of modern buildings. Outstanding among these are the San Sebastián City Hall, opened as a casino in 1897 which attracted important personalities such as Mata Hari, Rothschild, the King of Belgium and the Shah of Iran to its fiestas, until 1924, when gambling was forbidden. On 20th January 1947 the building became the city’s Casa Consistorial, another name for the city hall, when its headquarters were moved from the Plaza de la Constitución. Standing right on the Concha Bay, with the non-stop hustle and bustle of the Old Town behind it and facing the quiet Alderdi Eder gardens, the City Hall is well worth a look.
The Plaza de Gipuzkoa is a real oasis in the city centre, with its duck pond and imposing Neo-classical building, home to the Provincial Government of Gipuzkoa.

The Buen Pastor Cathedral, also opened in 1897, has an ogival arch style taking its inspiration from medieval churches in Germany and France. Proof of this inspiration is the sharp spire that crowns the church, making it “the tallest building in San Sebastián". Particularly notable on its main facade is "The Cross of Peace”, work of the sculptor Eduardo Chillida. Occupying 1,915 m², this is the biggest church in the city.

Continuing into the city’s new town you will come to other interesting features:

The year 1912, outstanding in the history of local tourist development, saw the opening of the Victoria Eugenia Theatre, the María Cristina Hotel, the new spa La Perla (which replaced the former wooden building), the Monte Igeldo funicular railway and the “mole” (railway linking San Sebastián to Irún).

In July 1912 Queen Maria Cristina opened the hotel named after her. In its more than hundred years of life, the elegant and sumptuous rooms of this hotel have served as accommodation for aristocracy and royalty from the start of the century to the latest Hollywood stars, not to mention musicians, writers and myriad personalities of international fame.

The Victoria Eugenia Theatre, opened one week after the Maria Cristina Hotel, is a Renaissance sandstone building. Ever since the first performance of “The Sun has Set in Flanders" by the María Guerrero company, the theatre has housed the city's major cultural events, including the San Sebastian International Film Festival.

From 2001 to 2007 the theatre was completely refurbished to give it greater stage space and a more modern appearance while endeavouring to preserve its original essence.

Recent pedestrianisation of this part of the city has turned it into an urban shopping and leisure centre, with small, long-standing specialist shops and others belonging to the big chains within an area easily covered on foot.

Learn more about the architecture of Donostia / San Sebastián