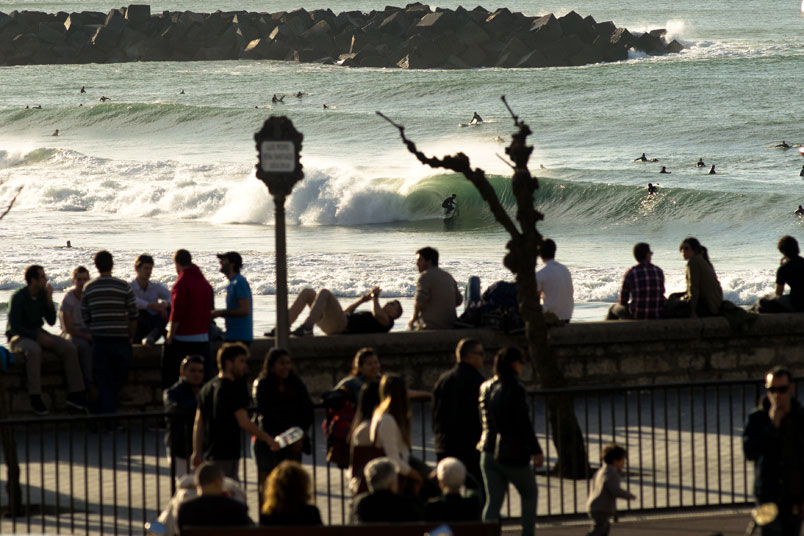 Thanks to the Gulf Stream, the Basque coast has a much milder winter than what one would expect at these latitudes. The Basque Country has a mesothermic type of climate, moderate as far as temperatures are concerned, and very rainy. It is defined as a humid temperate climate with no dry season, or an oceanic climate. Records of annual average annual temperatures in the Basque Country indicate that they are highest in coastal areas, around 14 degrees.

Although the summers are cool, it is possible to have short spells of very hot weather, with temperatures rising to 40 degrees, specially during the summer.

Even though autumn and winter are undoubtedly the best periods of the year in the Basque Country as far as waves are concerned, this land can proudly say it does in fact have waves throughout the year. Waves that can range from 1.5 ft. to 18ft in areas where the sea conditions provide surfable big waves like Punta Galea, Meñakoz, Mundaka, Playa Gris, Orrua, and Lemoiz.

The Basque Coast receives storms caused by low pressure areas mainly from the north and the northeast. This usually happens in winter, which is therefore the season when big waves are most common. 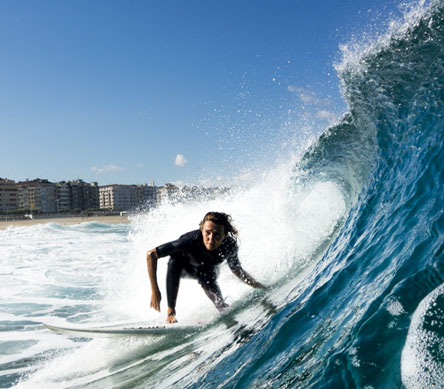 The surfing code of conduct 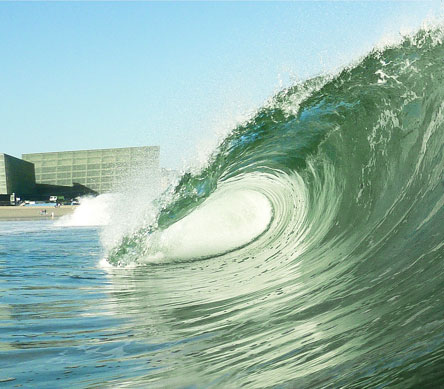 The waves of la Zurriola

The beach that  works at all tides