The estrobo, that crucial yet little-known piece of our seafaring tradition

San Sebastián has always looked to the sea

San Sebastián we not only look to the sea when we want to admire the incomparable La Concha bay. Long before the sea became a source of fun and beauty, way back in the 16th century, the sturdy Basque fishermen, those strapping Northern lads, would set out into the wild Atlantic to hunt for whales in a rowboat that has evolved into what we know today as the trainera. 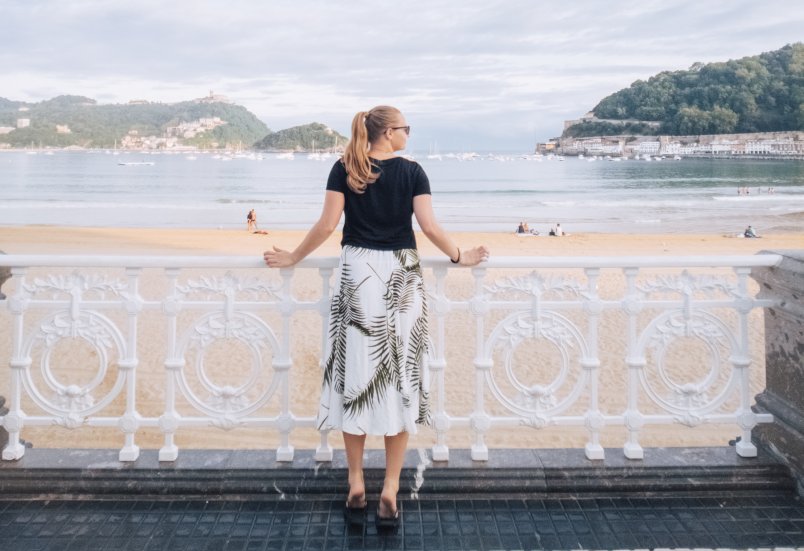 The arrival of steamboats meant that the strength of our fishermen was no longer required for fishing. However, the trainera, designed to resist the waves of the Cantabrian Sea, did not disappear. Far from it! It managed to become the official boat of one of the most famous and spectacular sporting competitions that can be watched today on our coast: the regattas. The Bandera de la Concha is the best known and most popular of these events.

But the first race between traineras dates back all the way to the 19th century, specifically to 1874. It was run by three boats from Pasaia that specialised in atoaje, a practice that involved towing large fishing boats to difficult-to-access ports with strong waves.

However, it was in San Sebastián where this competition had the greatest impact. In 1879, the Donostia City Council organised a regatta that was included in the programme of festivities in celebration of the city's Semana Grande (Big Week). Such was the success of this event that the City Council decided to hold the race every year. 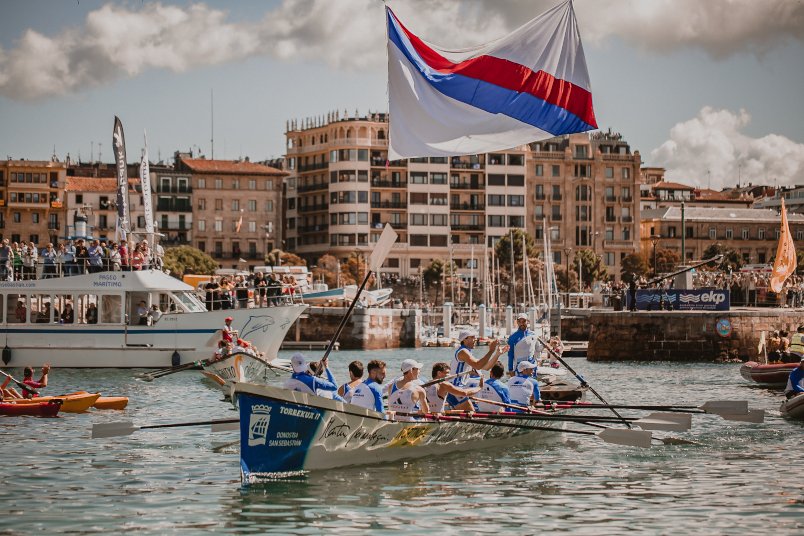 Today, on the first two Sundays in September, thousands of people gather around La Concha Bay to cheer on the traineras that come to compete from all along the Cantabrian coast. The atmosphere over these two weekends is as colourful and fun as it gets, practically magical. The Bandera de la Concha regattas represent a major part of our culture, history and seafaring tradition.

None of this would be possible without the estrobo

In fact, regattas are called estropadak in Basque; the word comes from estropu, which is the Basque name for this small but essential part of a trainera. If you don't know what an estrobo is, it is a type of rope sling that is placed between the part of the boat that supports the oar (rowlock) and the oar. That's what makes the estrobo so important: it keeps the oar attached to the boat. If it breaks or gives way, rowing is no longer possible and the boat loses power. Each row is possible thanks to this union. 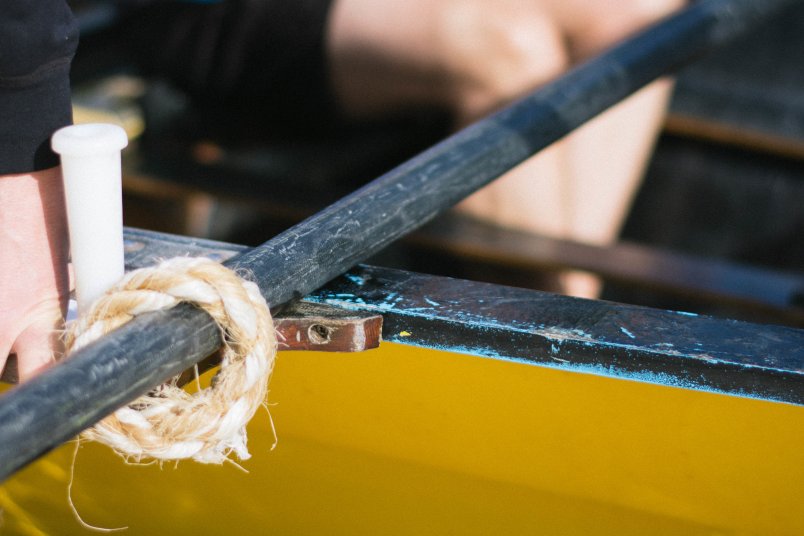 Moreover, the estrobo is a unique, handcrafted item. It is a highly personal piece of handmade equipment, a singular device patiently crafted by intertwining ropes and often made by each individual rower. 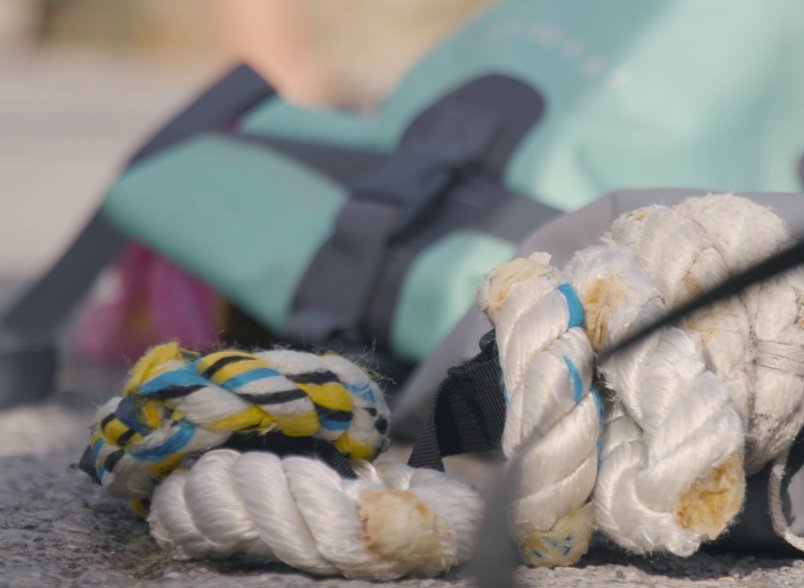 Inspired by this indispensable piece, we have joined forces with local artisans to design a bracelet and a keyring to remind you that we're still with you, that we'll meet again and that you’ll always have a home here.

In these difficult times we would like to share some of the spirit of togetherness that the rowing team puts into every stroke.