A bus route... on which you can discover all of the places in San Sebastian! 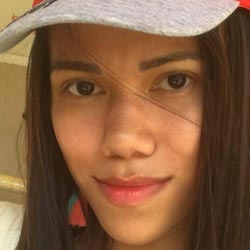 I was trying to find something a little different to do with my family and, after living in the city for several years, I realised that we’d never gone on an outing which I’d heard lots about: discovering the city and its history by going on the tourist bus. Deciding to do this may seem strange if you live in or are from the city, but I can honestly say that it’s worth it, whether you’re from San Sebastian or a visitor. 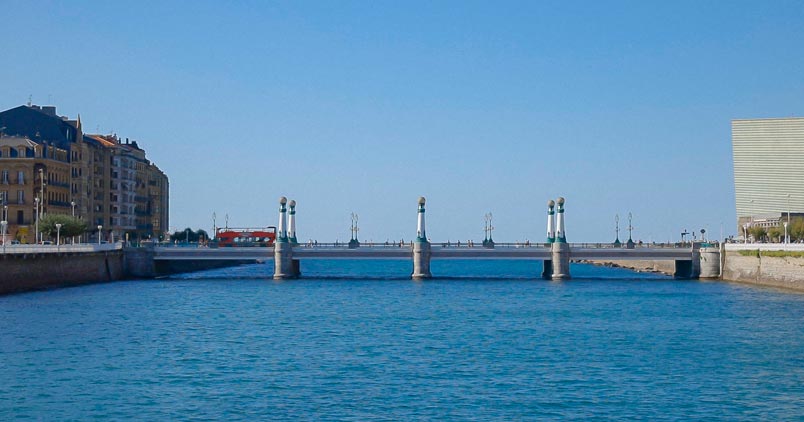 I chose a day when the weather was nice, got the family ready and then the four of us went and hopped onto the bus. In the best possible comfort, we got the chance to discover heaps of fun facts and information about the city. Even the people we later spoke to who’d lived in San Sebastian all of their lives didn’t know about them. 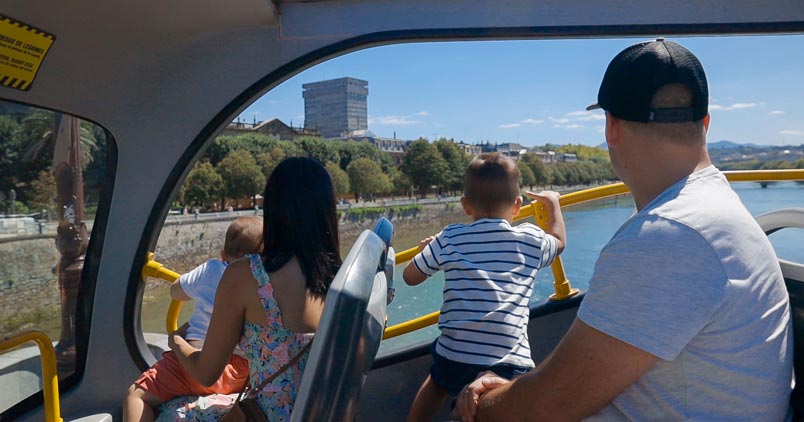 One of the things that convinced me to do this was that it’s a very flexible day out, in terms of your preferences and what you want to see and visit. The tourist bus has various stops along its entire route and you can hop on and off wherever and whenever you want. This makes it perfect for taking your time to see what you’re interested in, no rush, no crowds. 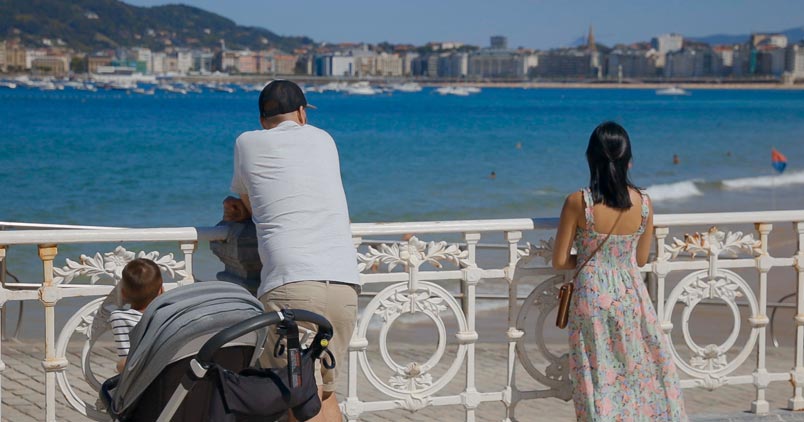 You could say that you have a chauffeur who drives you around the city’s landmarks, with an audio guide and without having to worry about the traffic and parking problems that you can get in a car. 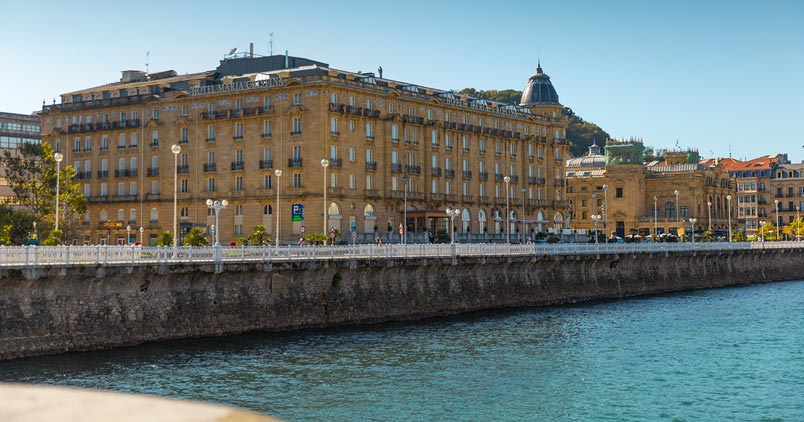 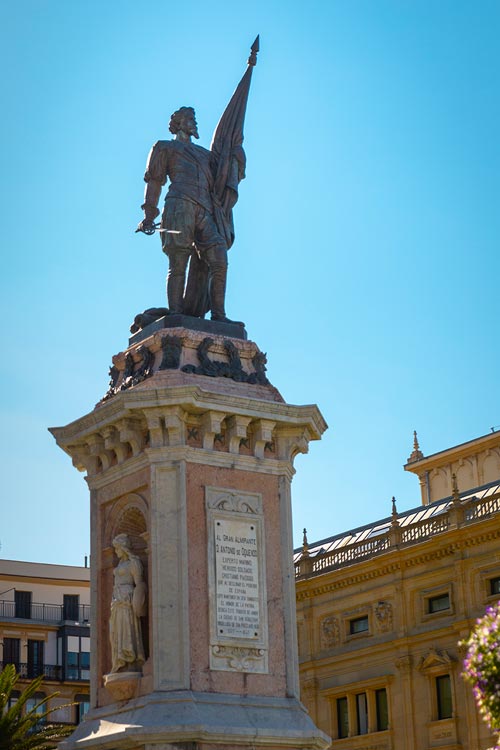 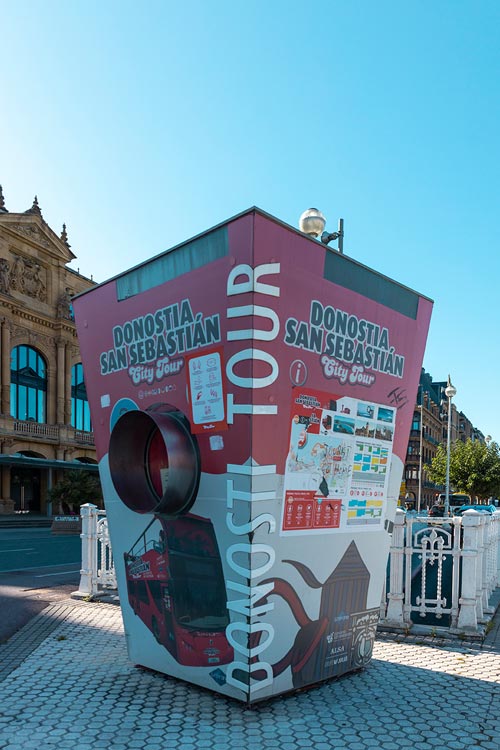 It’s a picture-postcard city and everywhere that the bus stops makes you want to take out your camera and immortalise the moment and the places that you visit, which never cease to amaze you along the way.

The first stop on the tour is on the Paseo Nuevo (New Promenade). While we were there we got to see the city from a very interesting perspective, in which Santa Clara island overlaps with Mount Igeldo. This stop can be really handy because it leaves you at a strategic location in the city. As well as viewing Jorge Oteiza’s sculpture “Construcción Vacía” (Empty Construction), you can go up Mount Urgull, where you can enjoy a 360º panoramic view of the bay, walk a few steps and, on the other side, see Mount Ulia and La Zurriola Beach. You can also stroll around the mount and discover ancient cannons, the fort and the English Cemetery. 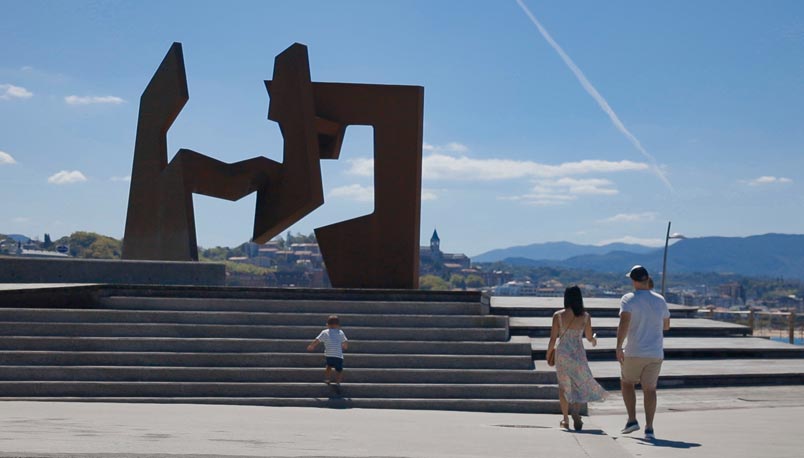 Another option when you hop off the bus at this stop is to go into the Old Town, where you’ll find the only street that survived the city’s most famous fire, started by French invaders. The fire took place on the 31st of August, so the street takes its name from that date.

You can also go to the Aquarium, a must-see if you’re with children. It’s worth it just to see how much the kids enjoy seeing all of those marine species. And adults do too. It’s considered one of the most spectacular aquariums in Europe. It has a 360-degree tunnel that you can walk through, surrounded by sharks, skates and lots of species. And it certainly deserves its reputation.

We continued our tour, delighted with what we were seeing, learning and finding out. Despite the fact that you’re going around a city with many years of history, you’re struck by how modern it is. After all, as you’re told by the audio guide, throughout its history, San Sebastian has had 11 fires, meaning that it has undergone continuous rebuilding. 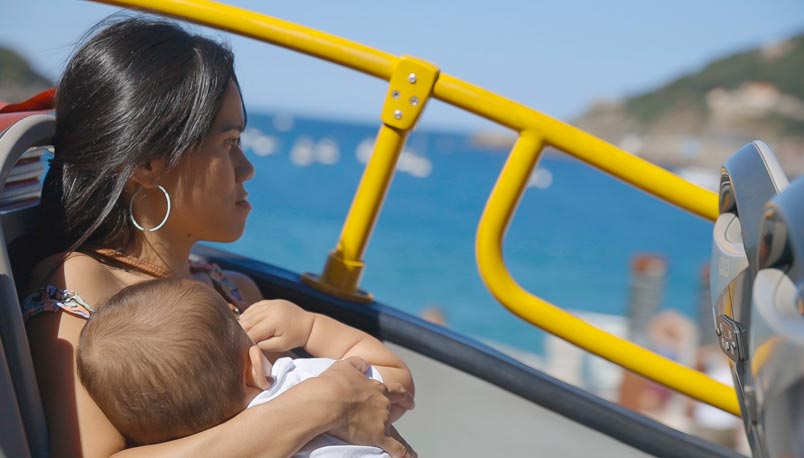 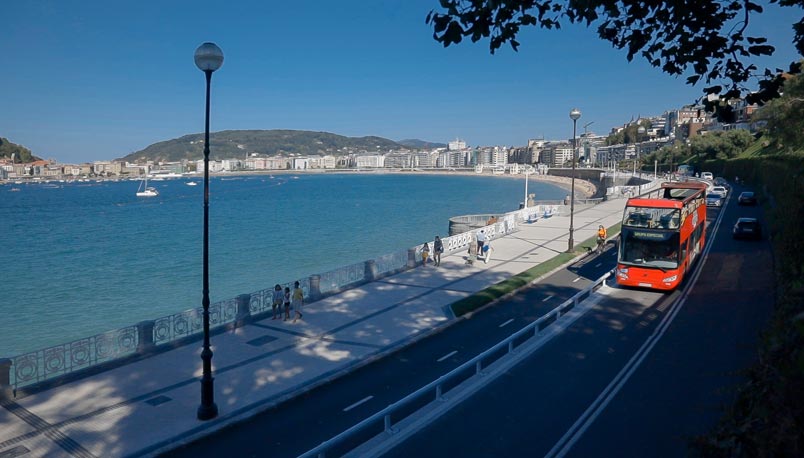 In fact, we were really surprised by the information from the audio guide. Did you know...it appears that the city’s name comes from an ancient monastery? The earliest documents that mention the city's name belong to a manuscript that refers to the ‘San Sebastian el Antiguo’ (the Old) monastery, which once stood in the current location of the Miramar Palace. It was lovely to listen to this history while we approached that very same palace on the bus, imagining what life would have been like in those times. 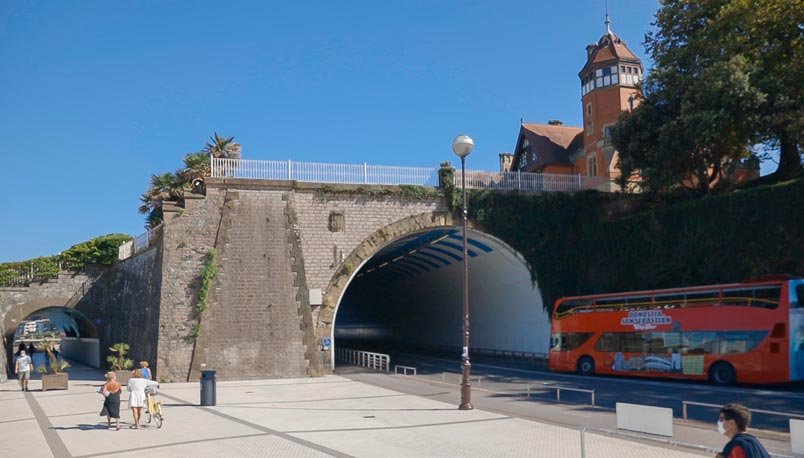 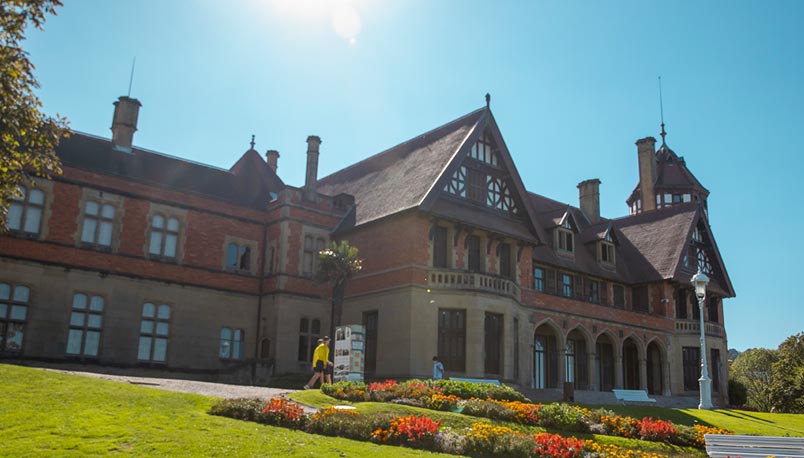 For time reasons, we went to see Eduardo Chillida’s sculpture (Peine del Viento), although we still really want to enjoy the famous panoramic view of the city that you can see from Mount Igeldo. Also, given that the city’s amusement park is there as well, we thought that it would be worth going up the mount for a few hours, so we decided to leave it for another day. 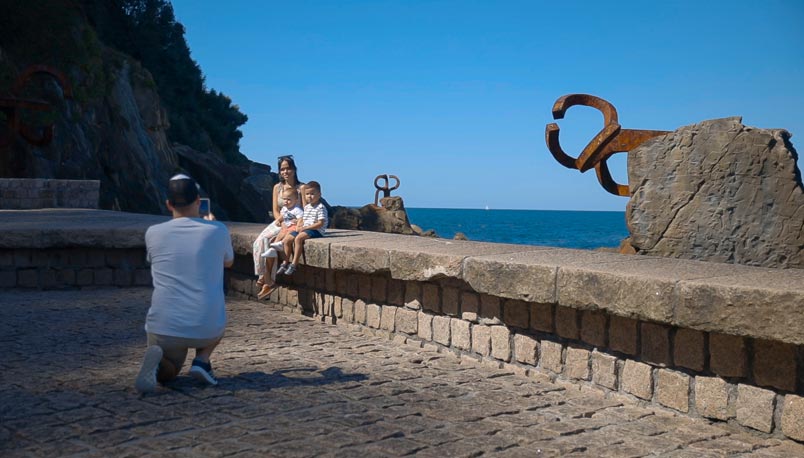 Miramar on one side and rowing regattas on the other. We were lucky enough to be there at the same time as one of the city's major events, the Bandera de La Concha (La Concha Flag), the biggest rowing regatta tournament on the Cantabrian coast. A spectacle worth seeing that made the bay even more beautiful, if such a thing is possible. And we continued to learn about the origins and history of the city’s landmarks, like the San Telmo Museum, the Basilica of Santa María, San Vicente Church and Gipuzkoa Square, among others. 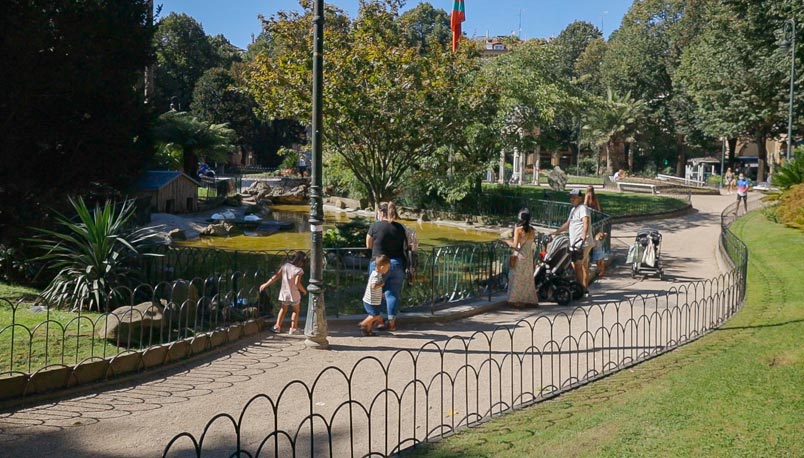 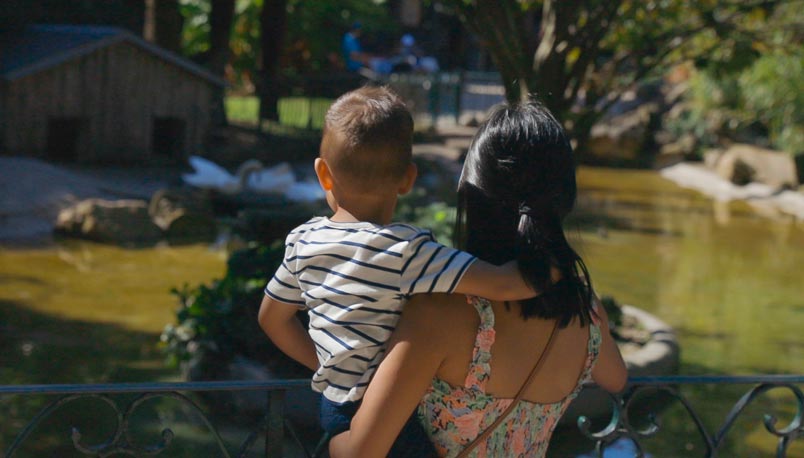 From bridge to bridge

Travelling alongside the Urumea River on top of the open-top bus with the great weather that we had was a true delight. We went from bridge to bridge, identifying each of them, their history, characteristics and, of course, their names. I was struck to discover that the river starts in the Navarra province and flows for 40 km into San Sebastian.  In fact, long ago, it was the port of the Kingdom of Navarra and, in the Middle Ages, the famous shipyards were installed on its banks, where the Spanish Armada’s biggest ships were built. 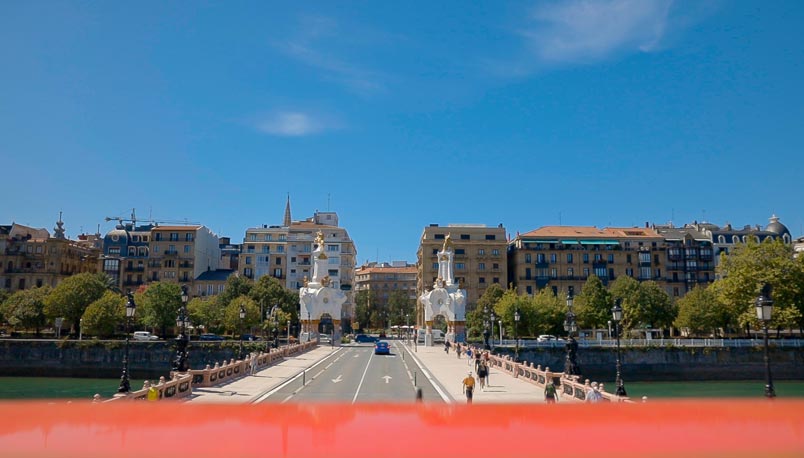 On the bus, whether you look to the left or to the right, you’ll find past and present history. For example, Santa Clara island, at 48 metres above sea level, which we were able to see from several of the different stops and which was used as a quarantine station when the population was hit by epidemics and it was advisable to isolate the sick. 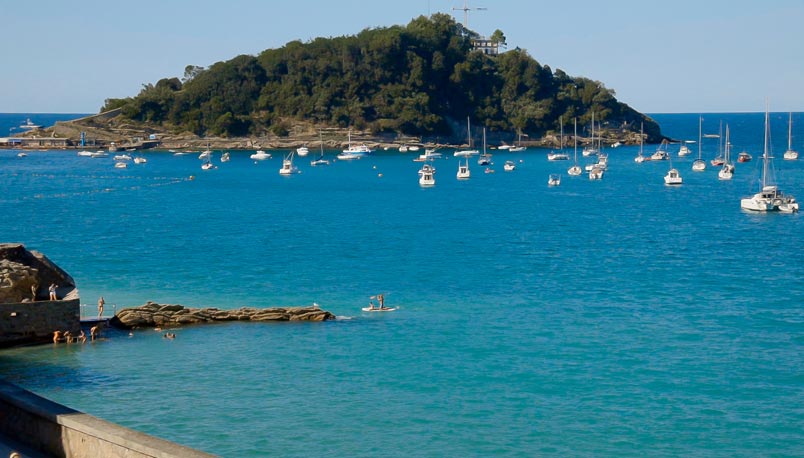 And among other parts of the tour, when walking along the Boulevard we stumbled across the City Hall. This building was constructed in 1882 as the city’s luxurious Grand Casino. During the ‘Belle Époque’, famous people like Mata-Hari, Leon Trotsky, Maurice Ravel, King Leopoldo of Belgium and the Shah de Persia, among others, witnessed its lavish parties. However, as they told us, when gambling was banned in 1925, this glorious period came to an end.. 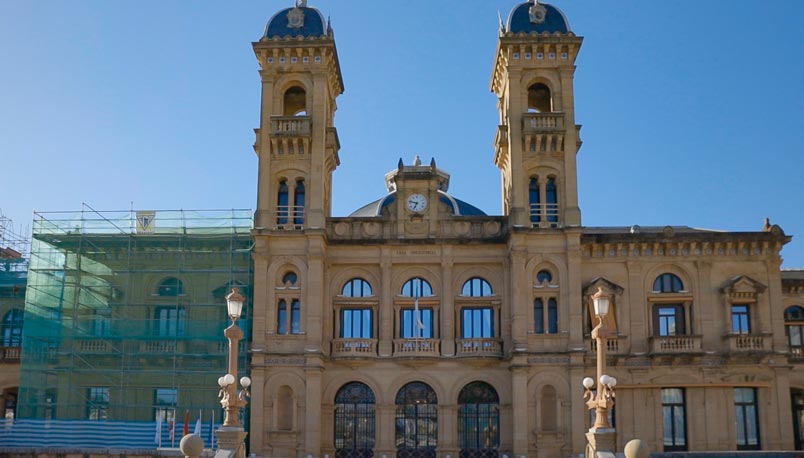 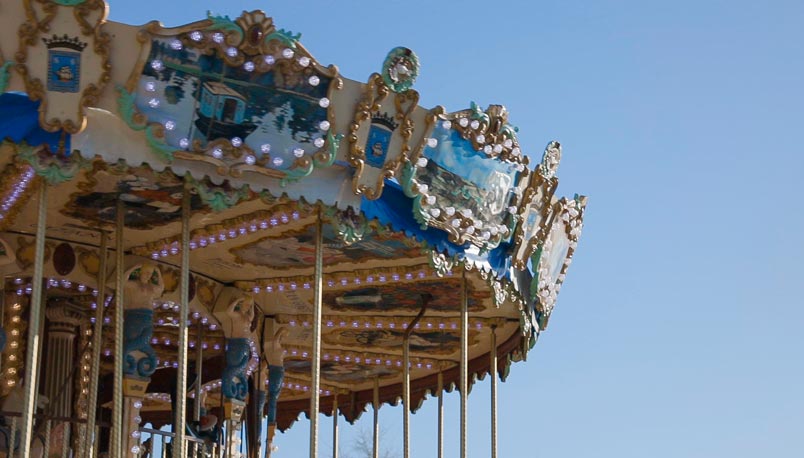 Behind the City Hall is the Port of San Sebastian. Small, but with a long history behind it, its fishermen were the first to reach Newfoundland, to capture whales and cod.

On the bus we also crossed the river to explore neighbourhoods like Gros, on the slopes of Mount Ulia and with the Kursaal Centre on one of its corners. We hopped on and off the bus, at our own pace, learning about and enjoying all of its places. And to top off the day, we went into the bars in Gros and polished off the delicious pintxos (tapas) that they serve...it was well deserved!