Did you know that the water in Donostia is high quality? Learn about our fountains!

In Donostia, we work for a sustainable-city model... so we want to encourage you to drink water from the tap and from our fountains! If you think about it, drinking tap water is the most affordable, practical and ecological alternative. But what's more, Donostia's tap water isn't only potable. It's also high-quality, one of the best three in Spain, along with Las Palmas and Burgos, according to the Organisation of Consumers and Users (OCU).

It's easy to tour the city on foot or by bicycle, with an approximate distance of less than 4 miles (about an hour walk) end-to-end. It's also got loads of public fountains that are free to use...so don't forget to drink some water while discovering the city! Here you can view all the fountains in the city: Map of fountains in Donostia / San Sebastián.

One might think that in a green city where it rains more than some might like, so near the water, that this wouldn't ever be an element the city's inhabitants lacked. However, just like in many other cities, Donostia has gone thirsty. More than a few great efforts have been made over the course of history to bring water to its people.

It first began with construction of the Morlans aqueduct to bring the water from several springs in the region. Even today, we can still see ruins of the structure. 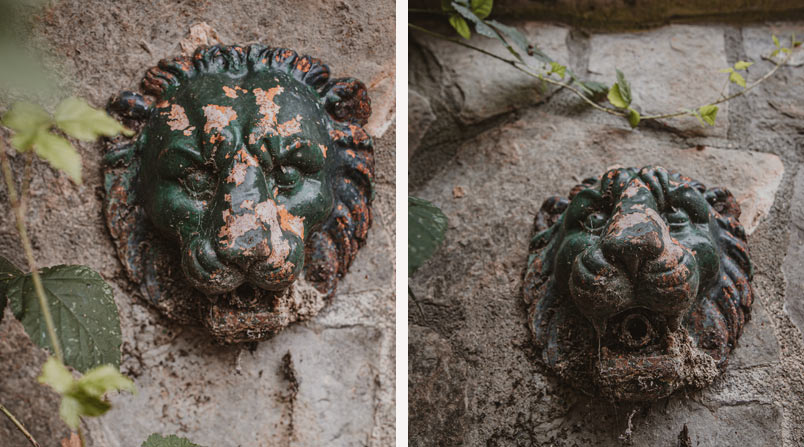 In addition to this resource, and as the city and its population grew, Moneda, Lapazandegui (1848), Errotazar (1865), Txoritokieta (1885) and Olarain (1892) resources were added to the list, until the scarcity was entirely resolved by purchasing Artikutza (1919).

But what we want to talk about today is how this liquid asset made it to the mouths of Donostia's inhabitants, through its fountains, and how they harbour stories and moments that tell us about the city and its people. During the hundreds of years when we didn't have the luxury of getting water by simply opening the tap in our kitchen, public fountains did the job. They also fulfilled a social role, acting as a meeting point and place for conversation amongst neighbours.

One of the oldest is the Kañoietan fountain, which existed all the way back when Donostia was a walled city. 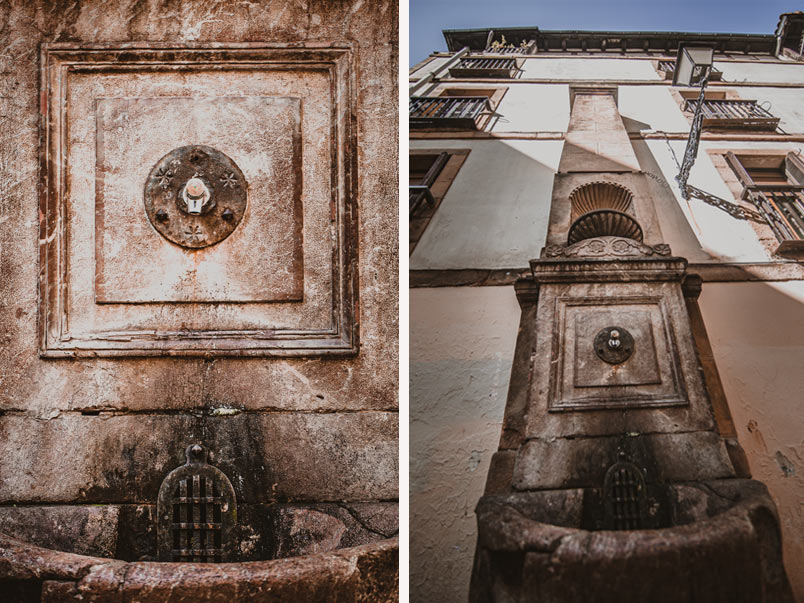 Some historians link this fountain with the origins of the tamorrada (drum playing), when domestic girls would liven up their wait to collect water from the fountain by beating the wooden buckets they carried, called herradas.

Also at that time, in today's Txofre Square, there was a fountain many people living inside the city walls preferred to use, as it was known for being healthier water and also acted as a washing place. Today, we can still find a fountain in this square. However, even though it's beautiful, it is not the same as the old one. 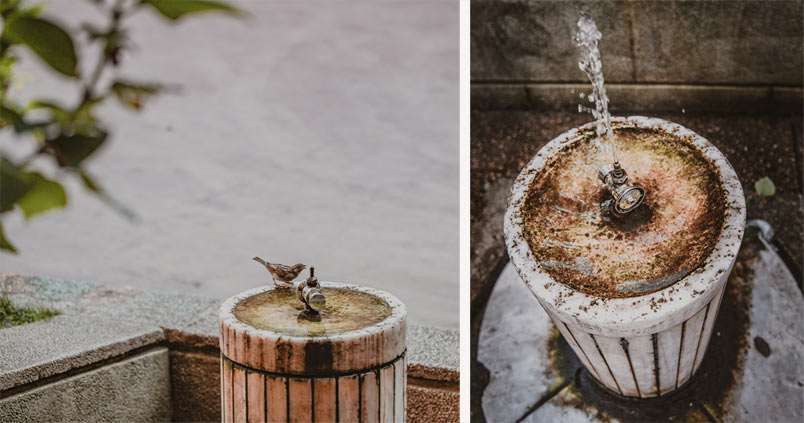 Famous for being healthy, even magical, the old fount of health was located in Amara Viejo on the shores of the Urumea. It had three slender spouts. Unfortunately, nothing remains of it, since Town Hall decided to close it in 1905 and it disappeared. The reason: its waters ran the risk of contamination from drains in nearby homes. In its stead, or more accurately, in tribute to, and in representation of the fount, we now find a three-spouted lion-shaped fountain in Easo Square, and a fountain-shaped sculpture in homage of the first, authentic fount of health. 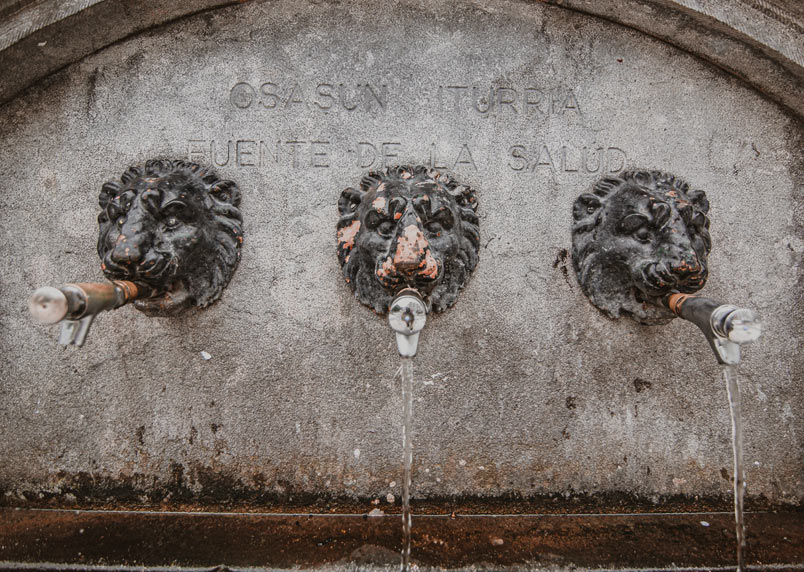 Another one of the oldest dwellers in Donostia, which is indeed still alive, is the lion in Lasala Square. Even though it no longer operates as a fountain today, its history hearkens back to 1848 when it did act as a fountain, installed next to the Puerta de Tierra, where water from the Morlans Aqueduct was collected. 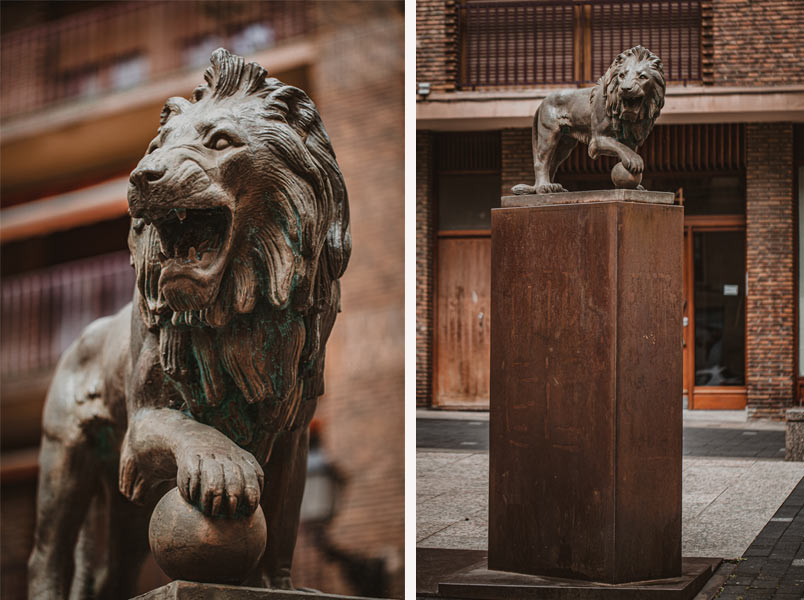 The square housing it now, dedicated to former mayor Fermín de Lasala y Urbieta (1798-1852), was renovated in 2008. At this time, they restored the lion, which bore signs of rusting. They also replaced the base and added a stream of water that came out through the mouth, which they decided to remove shortly thereafter.

Another one of the best-preserved fountains, while merely ornamental today, are the three Wallace fountains found on the Paseo de Francia. They take their name from the English philanthropist Richard Wallace who, after the war with Prussia that led to Napoleon III's surrender (1870) and Paris' devastation, decided to provide affordable, yet elegant public fountains to help the townspeople. The model created by Wallace quickly spread to many European cities, including Donostia, which purchased several units in the late 19th century and placed them on the Paseo de la Concha. 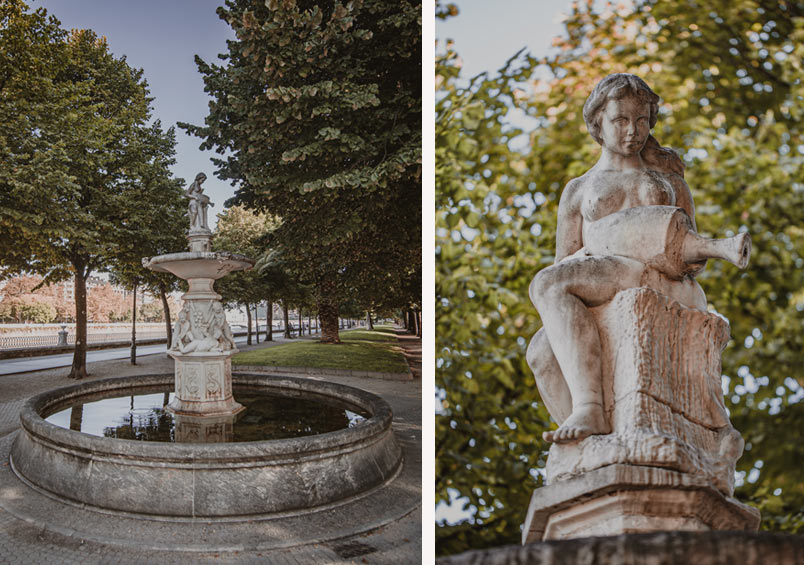 A fun fact about these fountains, designed by Charles Lebourg, is that they had tiny metal bowls hanging from a chain to serve oneself and drink water. An unthinkable method in terms of hygiene today, but it delighted the people at the time. 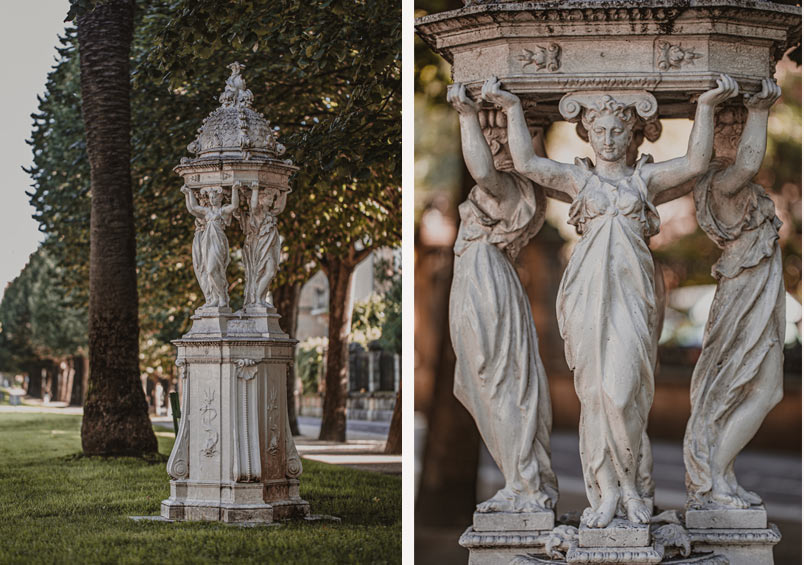 Our fountains have certainly evolved with our customs and society, a reflection of the times. 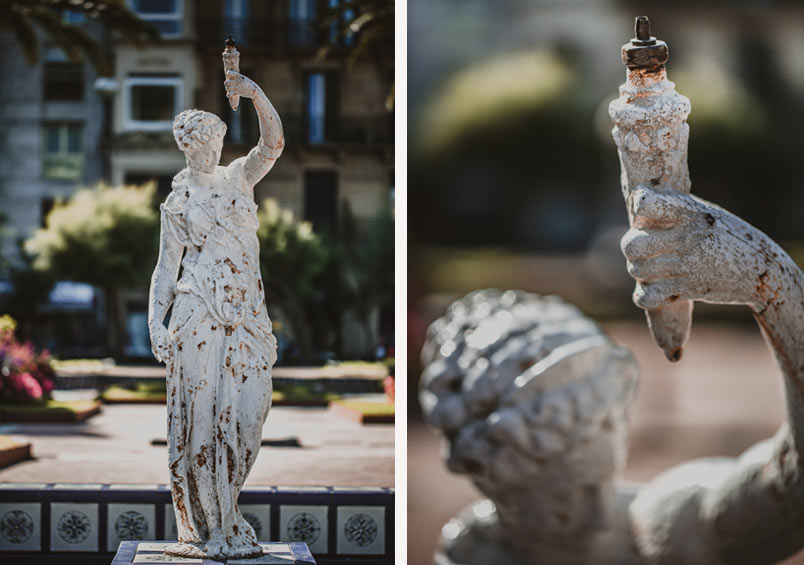 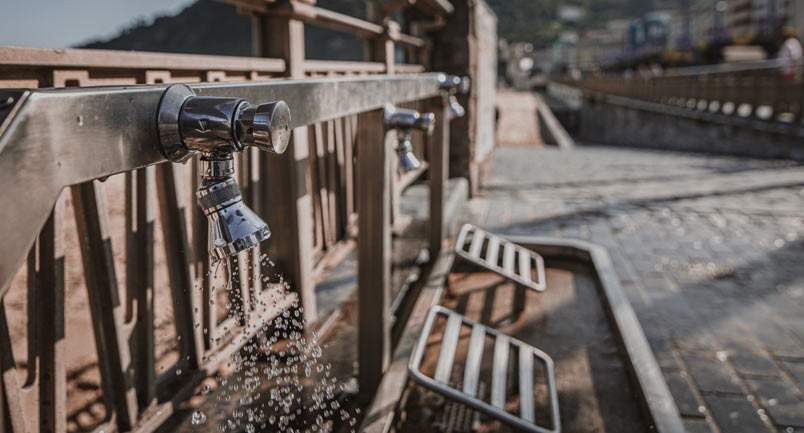 We can find dozens of fountains sprinkled throughout San Sebastian's streets, many more than we might think. 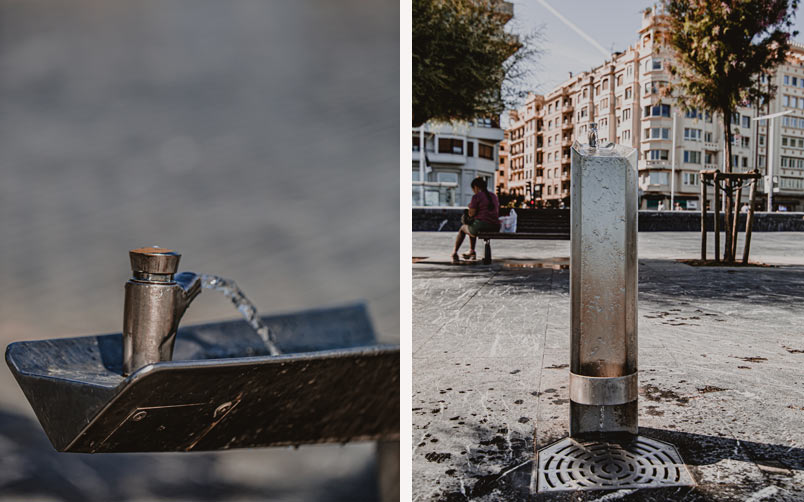 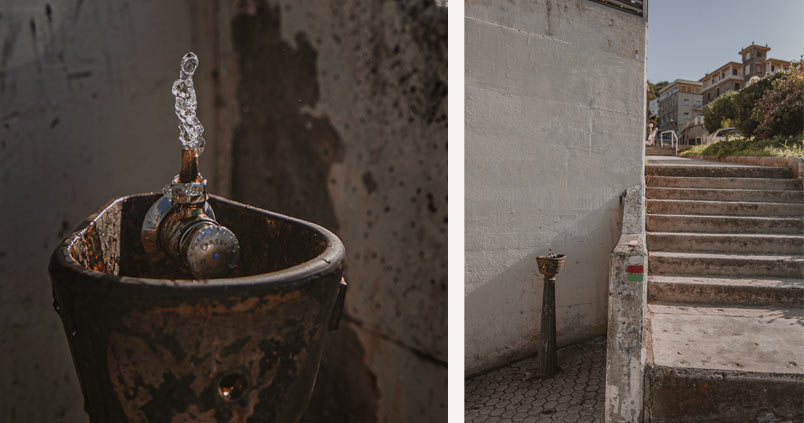 All you have to do is keep your eyes peeled, and you'll see it's now impossible to go thirsty in San Sebastian.