Strategically located between the Alderdi Eder gardens and La Concha Beach, the Palace Carousel rises every morning to contemplate the spectacular setting of La Concha Bay. 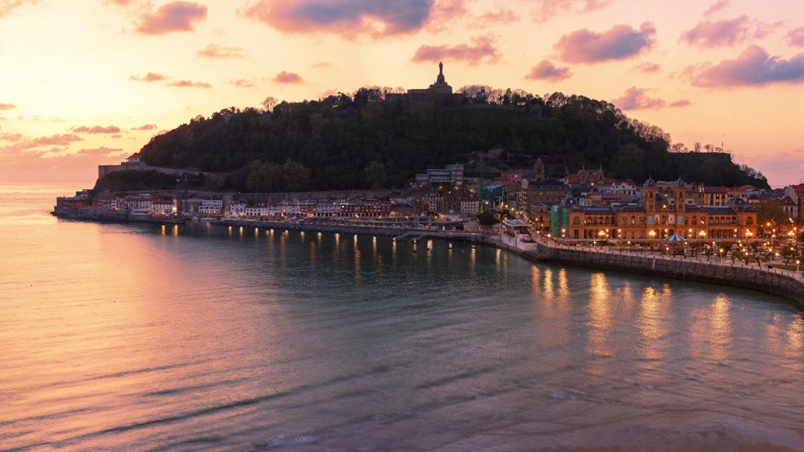 This carousel is a replica of its 1900 predecessor and was set up in Donostia in around 1998 to evoke that golden era in which the city offered a whole world of attractions to visitors. 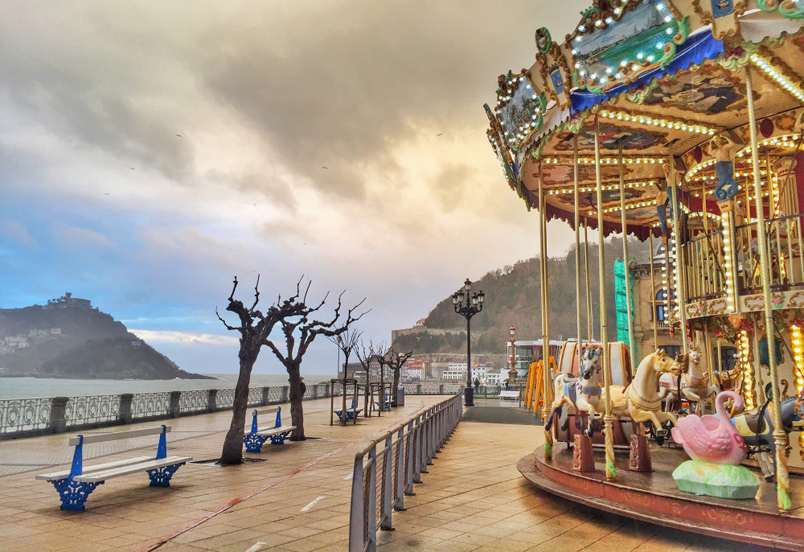 Foto: Sister and the City

This merry-go-round is sure to catch the attention of children and adults alike, and it is well worth coming closer and observing every detail. With ponies, light aeroplanes, dolphins, cars, swans, carriages, giraffes and tigers, the two levels of this carousel are imbued with the Belle Époque style in its most unadulterated form. Under the hand-painted roof, we find representations of paintings by famous painters such as Van Gogh, Gauguin, Lautrec, Vallotton, Monet, Cezanne, Picasso and Degas, and at the very top of the carousel, a beautiful pony watches out across the city. 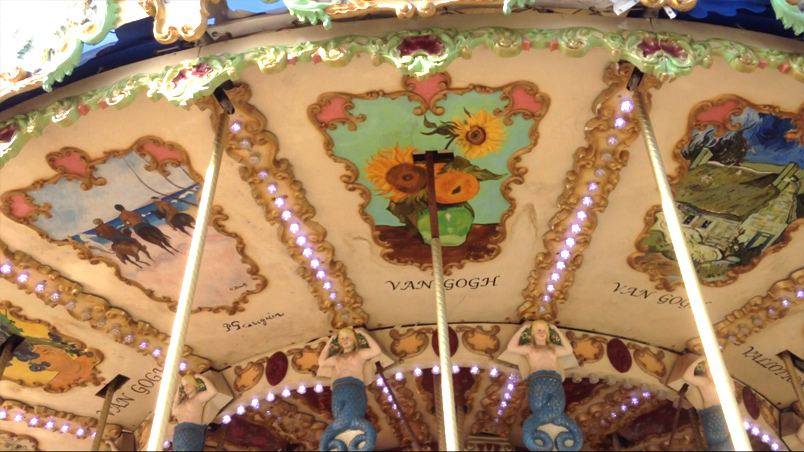 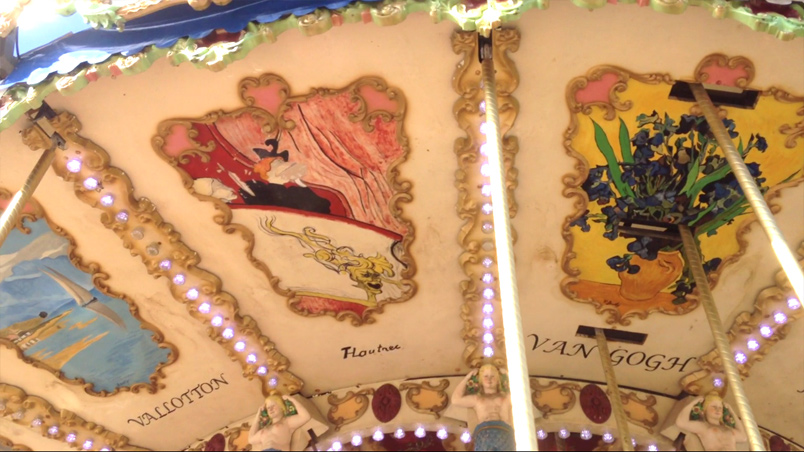 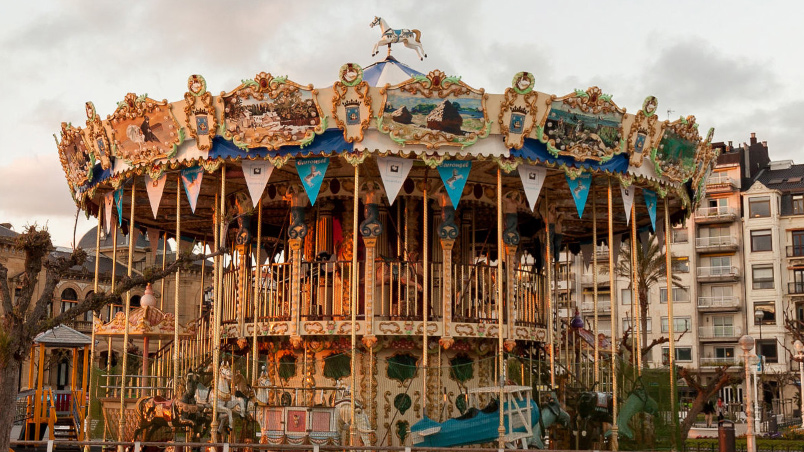 If you come to Donostia, make sure to pay a visit to this splendid carousel and take a few moments to admire its beauty. You won't regret it!

Although the Alderdi Eder carousel is the most famous in Donostia, visitors to Zuberoa Plazatxoa in Gros will discover a delightful little carousel which is over 100 years old and more than deserving of a visit. 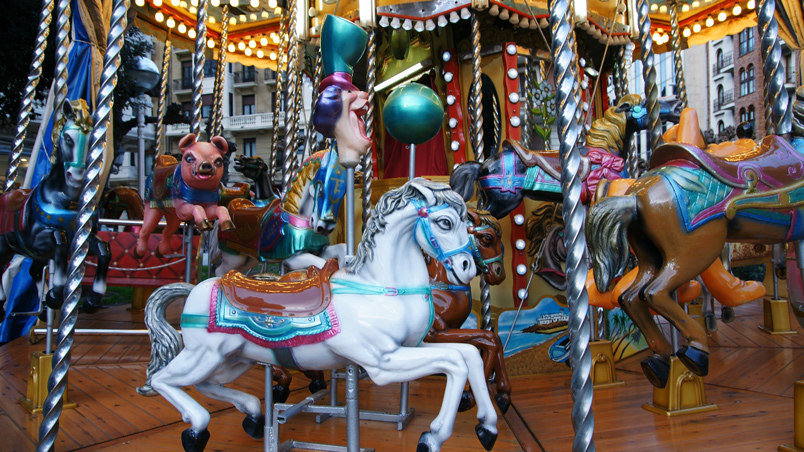 This carousel was built between 1900 and 1910 and it has been restored on several occasions to reflect each new era. In its earliest days the carousel had no electrical energy and was manually rotated by an operator in the centre. As the years progressed, electricity became the norm in towns and cities and at the beginning of the 1940s, when the Civil War had ended, a powerful electrical motor was incorporated. This system was active until the year 2000. 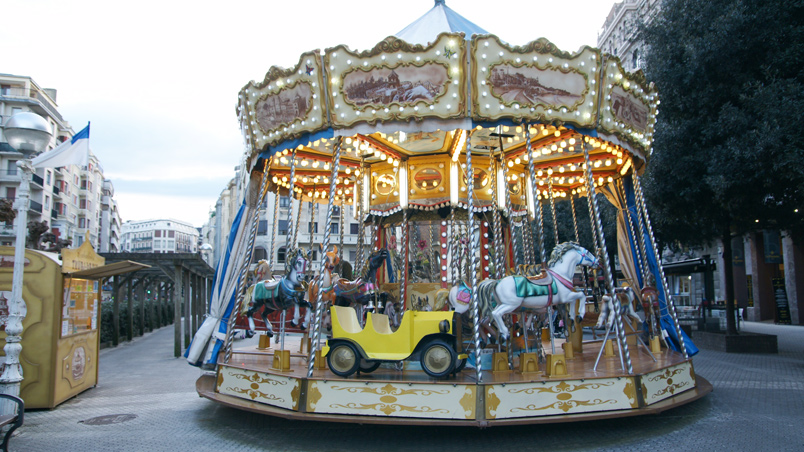 In 2008 the carousel was completely restored using the most up-to-date technology and a unique decorative style was brought in to reflect the city of San Sebastián. This carousel was painted by hand and features illustrations taken from old photos of Donostia at the turn of the century. 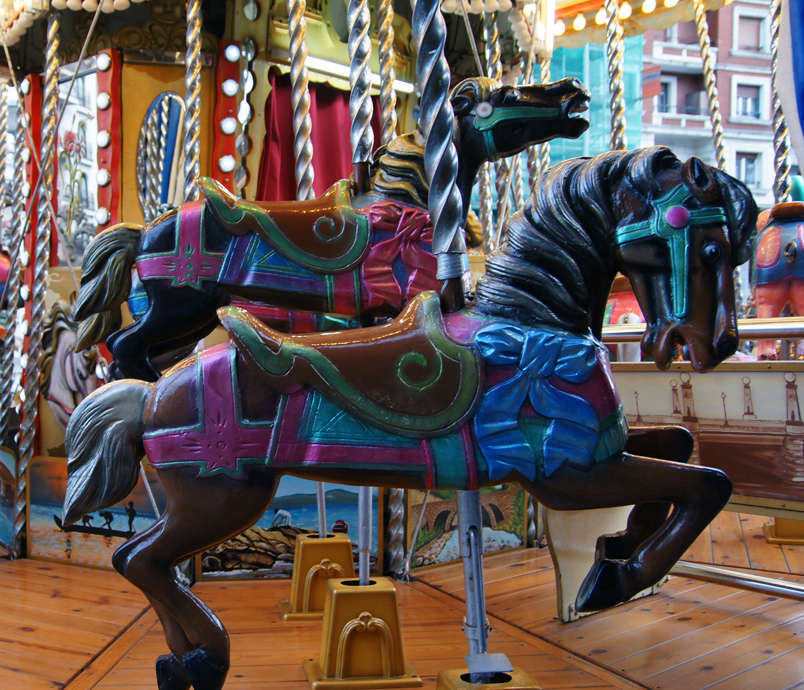 Several generations of Donostians have enjoyed, and continued to enjoy, this charming carousel. It is a little piece of treasure designed to reflect that larger treasure: the city of San Sebastián.