It is said that the quality of shops in San Sebastián can be measured by their eye-catching displays.

The windows of the big stores are unusual, carefully designed and surprising, making the city a perfect place to go shopping. San Sebastián’s shops are as varied as they are lively; lining its streets you will find traditional and modern shops alongside others with a more independent slant and big-name boutiques. Shops in San Sebastián are generally open from 10:00 to 13:30 and 16:00 to 19:30. 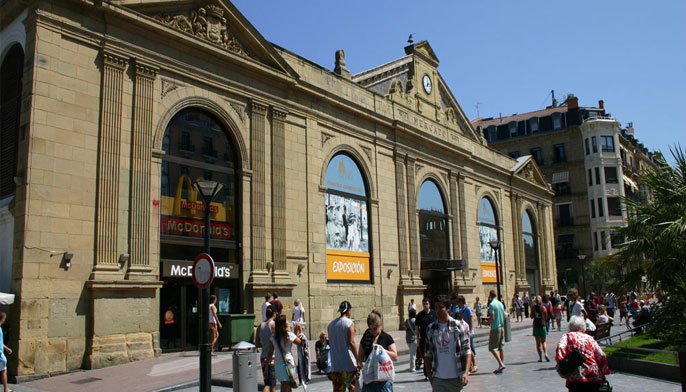 The Bretxa shopping centre stands on the Boulevard, between the Kursaal Congress Centre and Auditorium and the City Hall.

In addition to its traditional market, this centre has all sorts of shops in the two buildings leading onto the Plaza de la Bretxa. 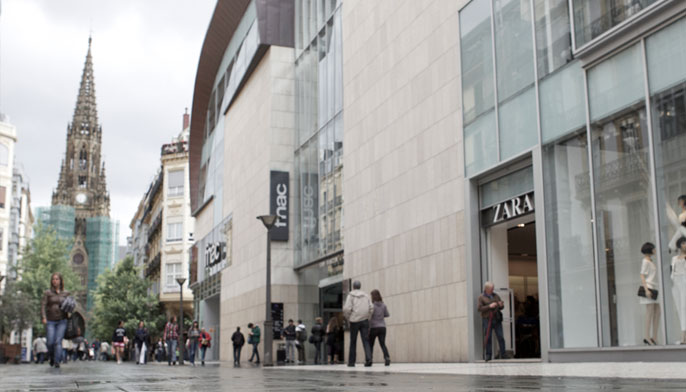 Opened in 2005, the new San Martin market replaces its predecessor, built in 1884. The building perfectly combines the advantages of a traditional market (vegetables, meat, fish, etc.) with a modern shopping centre.

The different stalls propose a wide selection of fine local produce. And if you’d like to take a break between shops, nothing better than the bars in the comfortable covered pedestrian street.