I’ve just met Sheila at the campus party. I spoke to her in Basque, thinking that she was around these parts, because by the look of her she could have come from Azpeitia, Vitoria-Gasteiz or the El Antiguo district. But as it happens she doesn’t. She’s Sheila, the English friend of my flatmate who’s going to be staying on the sofa in the living room of the flat that we, four Basque students, share in El Antiguo. 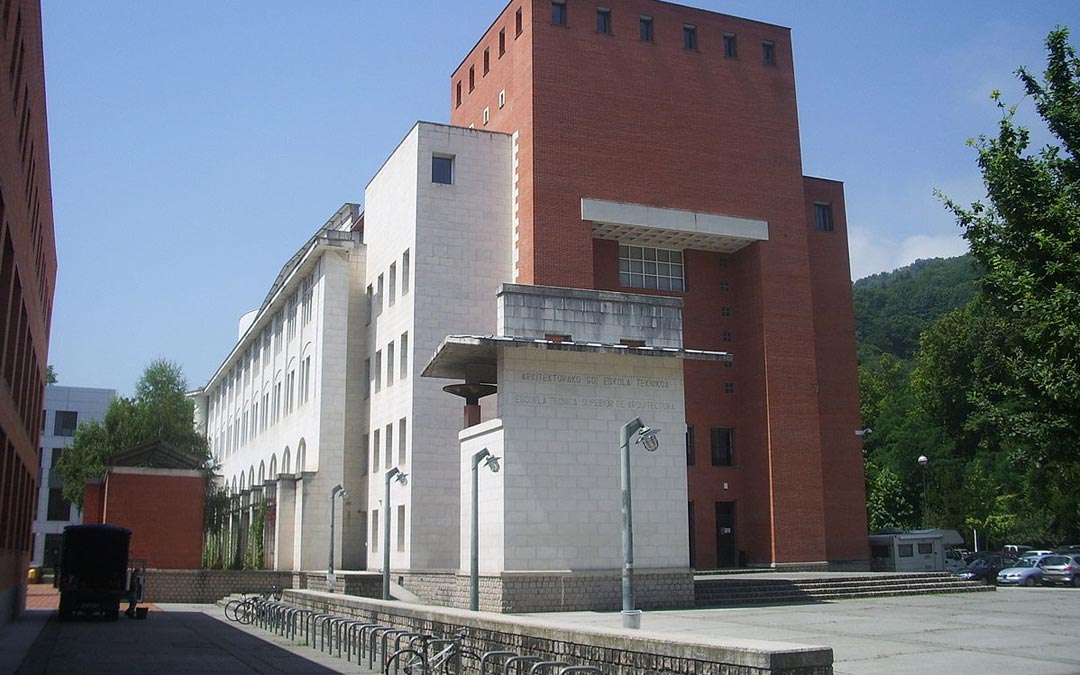 I asked her ‘nor zaitugu?’ (who are you?), as I would with any of my friends’ friends, and she, smiling, answered me with one of the phrases she had learnt in an English-Basque tourism leaflet: ‘nor zara zu?’ (Who are you?).

After introducing ourselves, she wanted me to explain ‘zaitugu’ to her. Perhaps ‘zu zara’ was wrong? Was it a mistake on the leaflet? And it was then that I realised that 'zaitugu’ is virtually untranslatable to other languages, there’s no possible equivalent. Let’s see: ‘nor zara zu’ is the equivalent of ‘quién eres tú’ in Spanish; ‘who are you’ in English; ‘qui est-tu’ in French; ‘wer sind sie’ in German.

However, ‘zaitugu’, would be something along the lines of ‘we have you’ or ‘you are to us’ or... The way to respond to ‘nor zaitugu’ would be ‘Sheila nauzue’ (I am your Sheila, or you have me Sheila) and to ‘nor zara’, it would be ‘Sheila naiz’ (I’m Sheila). It is the concept of we or ‘gutasuna’. It is true that in modern society, where the self and the selfie rule, ‘zaitugu’ is used far less than ‘zara’. After all, we Basques are also part of the individualist western culture. However, language gives us the chance to become less egocentric. When a stranger comes to your home, there’s a difference between asking them ‘nor zaitugu?’ and ‘nor zara?’ (who are you?). ‘Zaitugu’ breaks down the barriers between two people who are speaking; it eliminates the otherness of that which is not you and makes it part of you, inserting it into the ‘gu’ (we). ‘Zaitugu’ makes you feel at home, it welcomes you to its bosom, it opens up an inclusive relationship. Whereas 'zu zara' sets you apart: you are, I am (and not “we are or we have”).

Every language has its own, exclusive and unique limits and possibilities. In the Basque language, this concept of we or ‘gu’, ‘gutasuna’, is, as I’ve said, inclusive of everyone around you. This is one of the contributions made by the Basque language. A nuance that is virtually impossible to translate. So we say ‘gure etxea’ (‘our house’ instead of ‘my house’), ‘gure herria’ (‘our town’ rather than 'my town'), ‘gure ama’ (‘our mother’ and not ‘my mother’) and ‘gure aita’ (‘our father’ instead of ‘my father’).

Sheila loves how Basque has given the word ‘we’ such a welcoming meaning. She says it’s exactly what this me-me-me society in which we live needs. She has learnt ‘Sheila nauzue', and when she uses this to introduce herself instead of ‘Sheila naiz’, we watch her with a slightly nervous smile, because, so often, we refer to ourselves from the perspective of the self (nitasuna). 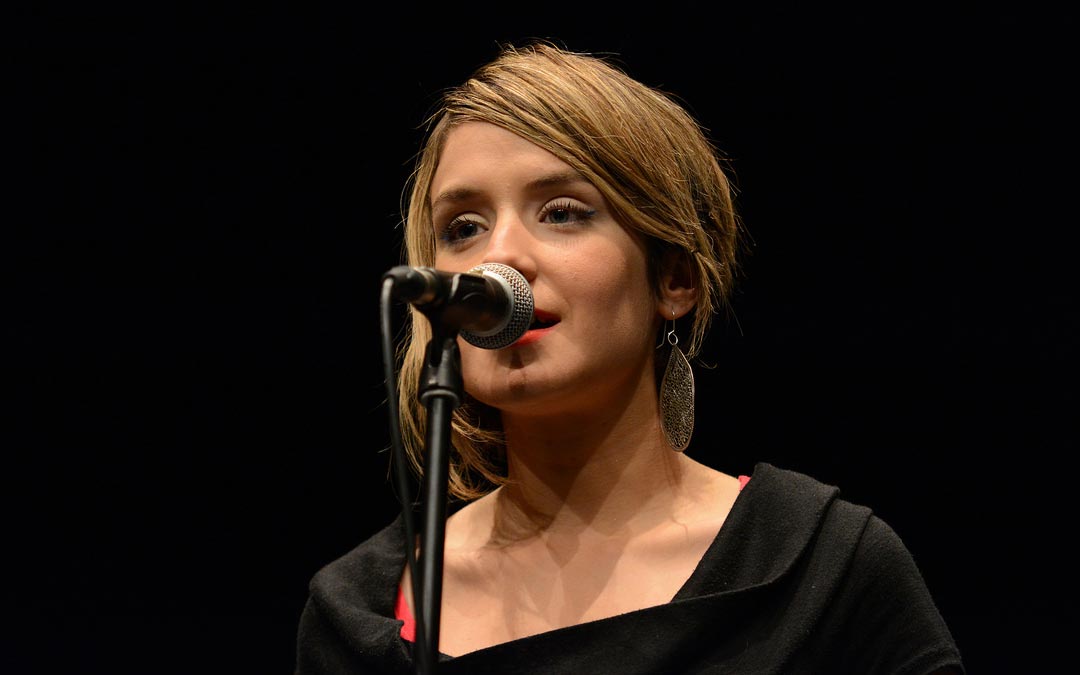 We took Sheila to a meal served by bertsolariak or versolaris (popular improvisers of musical verses in Basque), held in the university campus’s School of Architecture, where we enjoyed verses that were improvised by Alaia Martin and Beñat Gaztelumendi. Although Sheila couldn’t understand them, she could still appreciate their ability to improvise, and was surprised and amazed in equal measure. She is discovering San Sebastian traditions that she did not know about before and she can't stop thanking us for it.

Bersolarismo (or the art of improvising musical verses) reflects the strength of the oral tradition that the Basque language has always had. In fact, this is one of the ways in which the sense of we has been passed on. 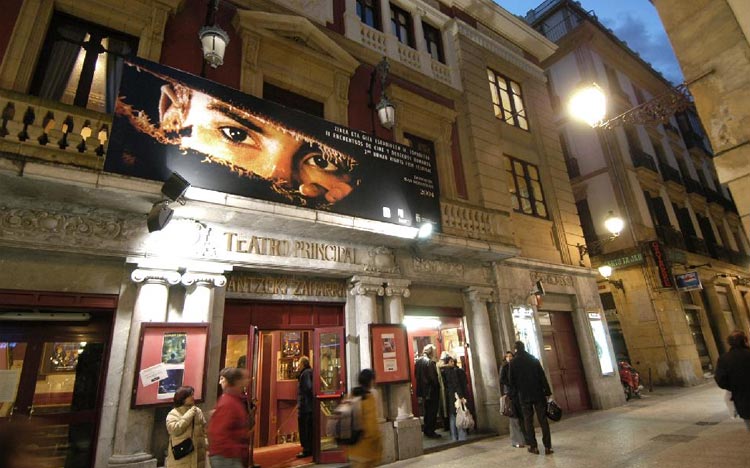 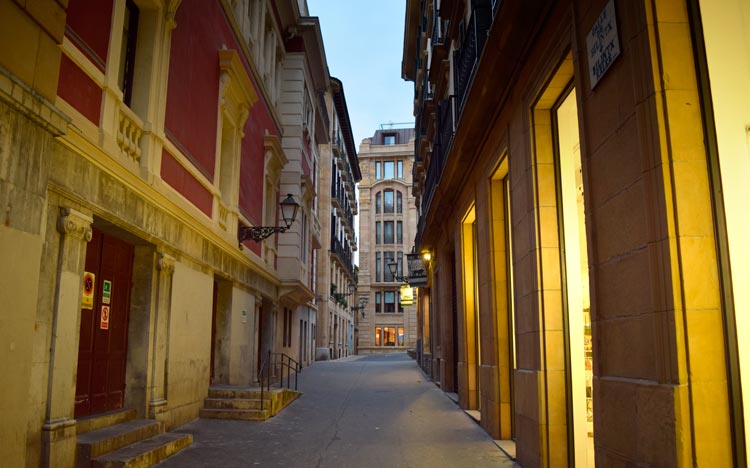 Calle Bilintx in the Old Town.

The melodies of Alaia Martin’s and Beñat Gaztelumendi’s bertsos are still reverberating, not only between the walls of the modern architecture faculty, but also in Sheila’s head. With the aim of following the trail of the melodies of bertsolaris of times gone by, we went to the Principal Theatre on Calle Mayor in the Old Town, where the festivals of improvisers of verses were held in centuries past. One of these was the bertsolari from San Sebastian, Indalezio Bizkarrondo, known as Bilintx, the writer of unforgettable verses and songs that remain a part of our collective memory. Indeed, near to the Principal Theatre is the road bearing his name, whose plaque Sheila read carefully. 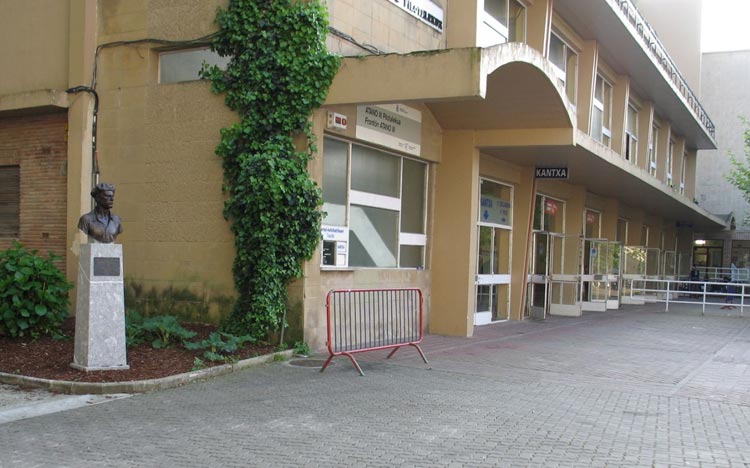 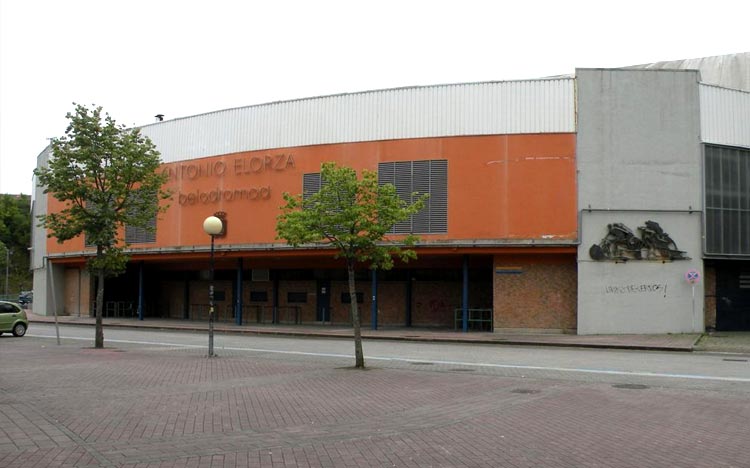 From the Old Town we got the bus to the Anoeta area, the home of the Atano III fronton pelota court and the velodrome, regular venues for the final of the Bertsolaris Championship that is held every four years.

In the end we arrived in time for the pintxo-pote in Amara (where numerous bars serve tapas and drinks at reduced prices), during which Sheila announced to us that she was staying for another week. On our sofa. Among us. With us. That unique, untranslatable nuance of the Basque language must have captivated her. Gutasuna. 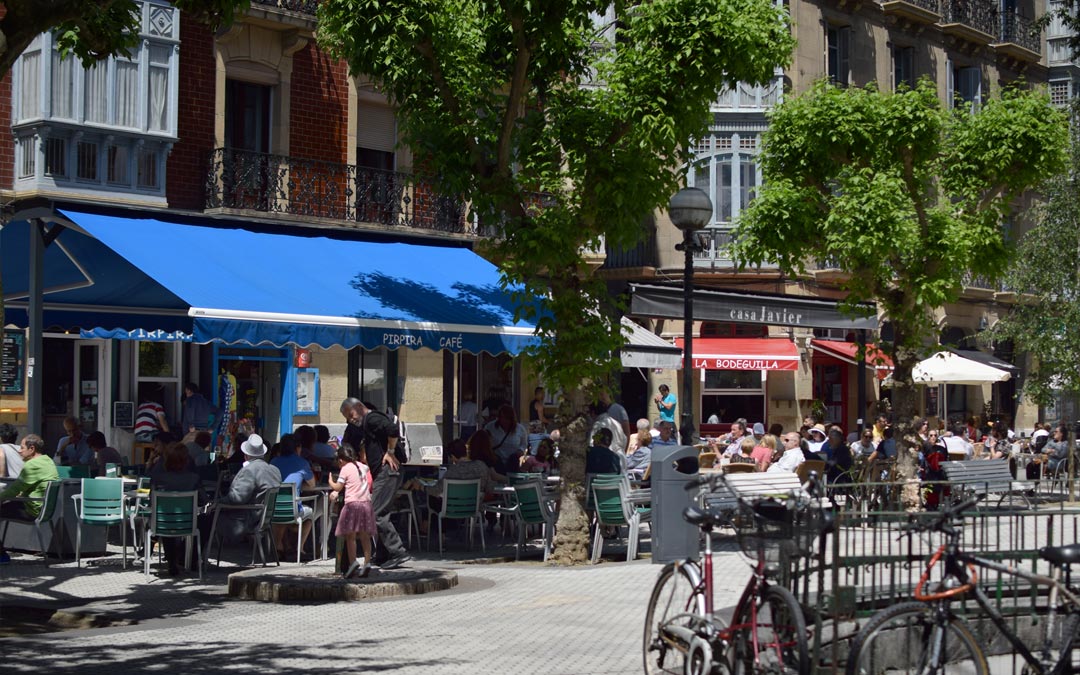