The Basque Coast Geopark is a narrow strip of coastline that stretches throughout Zumaia, Deba and Mutriku. At first glance, you notice the beautiful meadows and woods that stretch out inland from the coast. However, as usual, the real beauty lies deep within. This landscape’s geology holds the secrets of some of the most impressive episodes in the recent history of the earth. 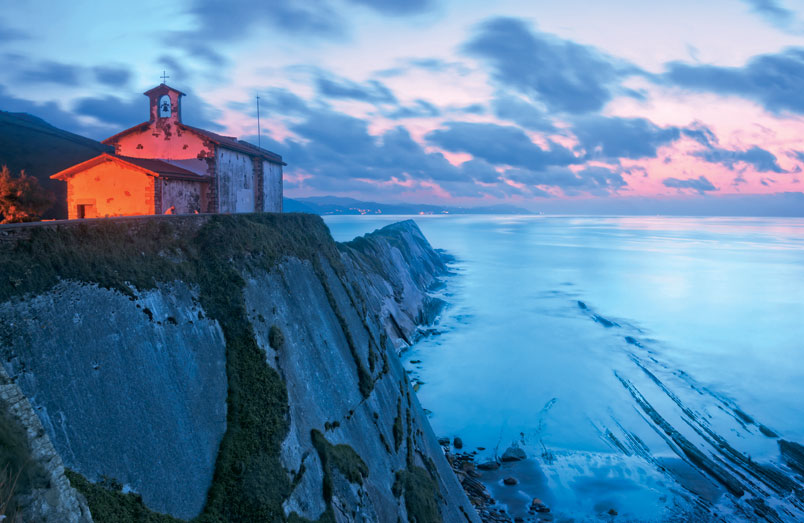 The flysch is a formidable succession of array rock stratathat have been revealed by the sea rushing in and out, providing highly valuable information on biological, geological and even climatic changes that have taken place over the last 60 million years. The flysch formation stretches along 13 km of the coast between Mutriku and Zumaia. This small section has revealed many of the planet’s intimate secrets to scientists, from annexing the Iberian Peninsula to Europe and the creation of the Pyrenees, to the disappearance of the dinosaurs.

The Algorri Nature Visitors’ Centre in Zumaia organises walks along the tidal plain and the cliffs and amazing boat trips. And in Mutriku, the Nautilus Museum is home to a complete collection of fossils that go back to the Secondary Era. And that’s not all: very close to the coast, we come across the Karst Route which has the largest set of archaeological cavities in Gipuzkoa, including the Ekain Cave, a World Heritage Site.