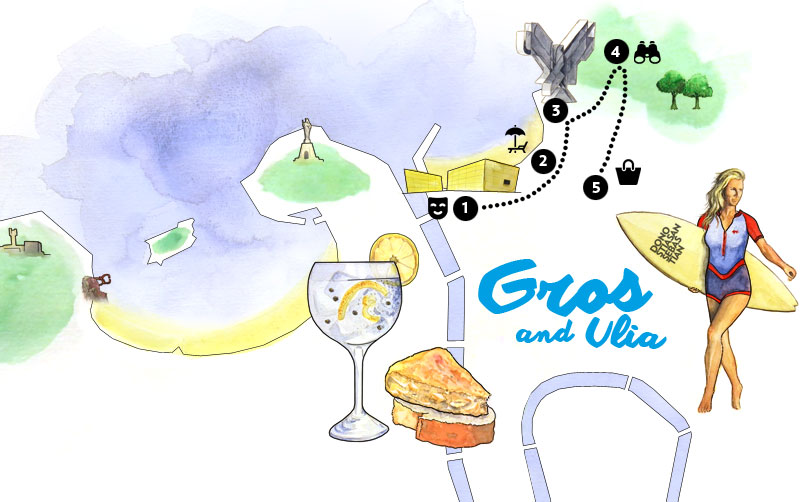 Hi, guys! Today I'm going to talk about Gros, a neighborhood that has recently become quite trendy and is constantly growing. With all these ingredients, it’s impossible not to like it! 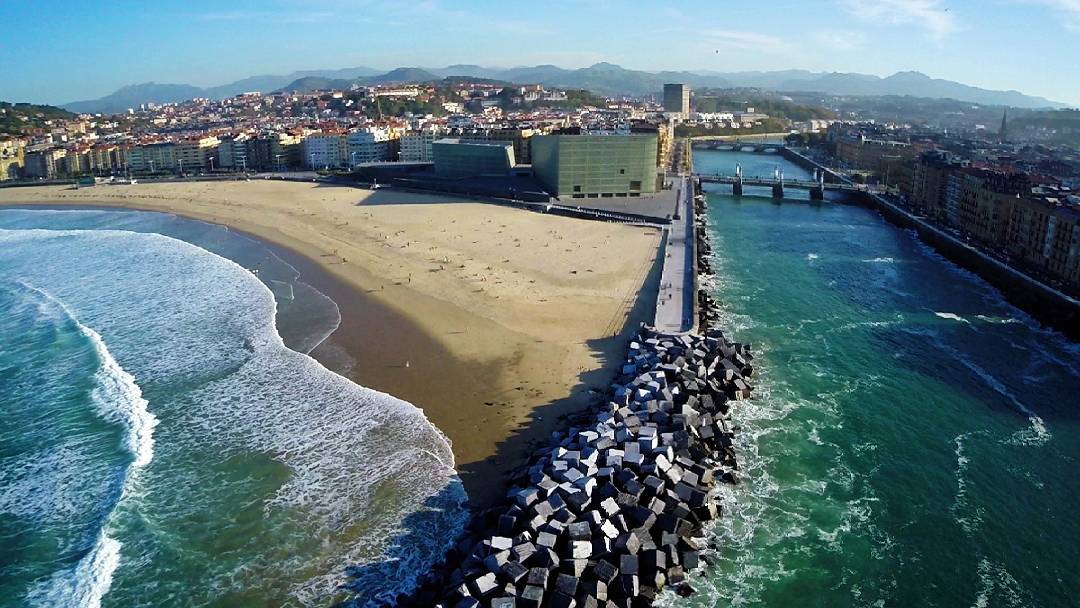 First we start by visiting La Zurriola beach. This large beach offers a range of sports, making it a favorite of surfers and young people from all over the world. It starts at Moneo’s “Cubes”, the Kursaal, and ends at Sagüés (a concert and event venue). In July, the beach is usually turned into one of the outdoor stages for the Jazz Festival, an unbeatable location! 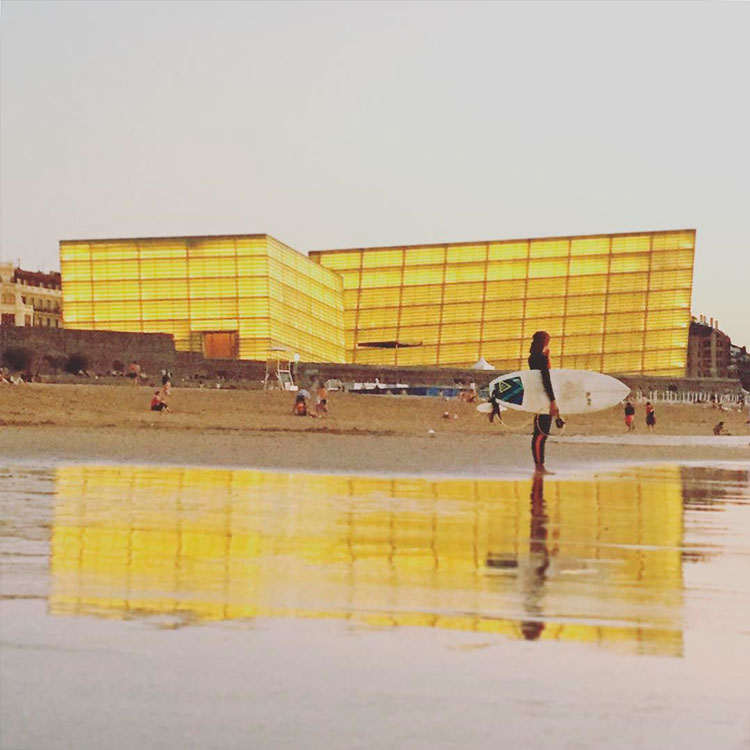 Surf in front of the Kursaal. Photo: @inigogarvi 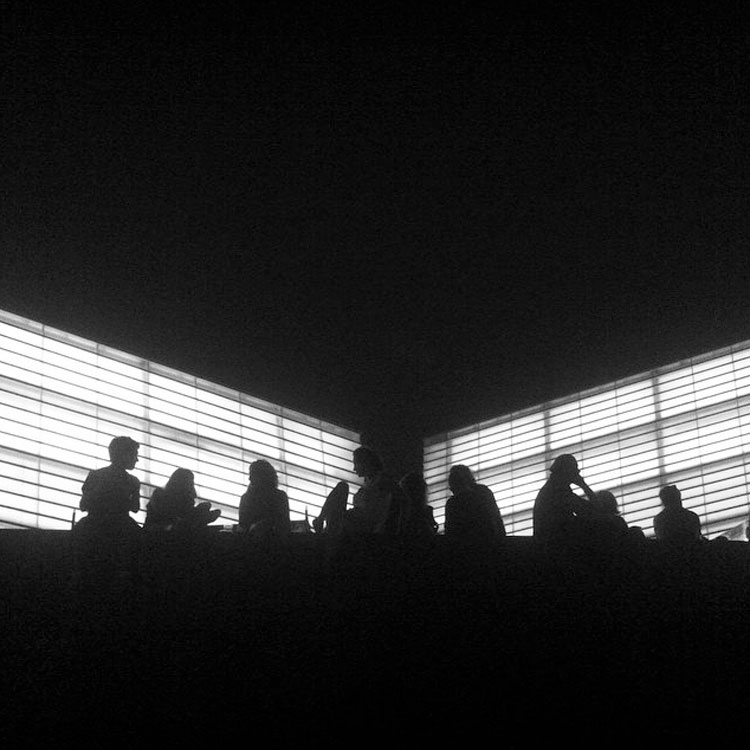 Conversations in front of the Kursaal. Photo: @jaionecosta

This beautiful walk takes us to Sagüés, where many sit on the wall to enjoy the city’s stunning, can’t-miss sunsets. And as you look out to see you can see the Paloma de la Paz (The Dove of Peace), Nestor Basterretxea’s 7-meter-high sculpture! 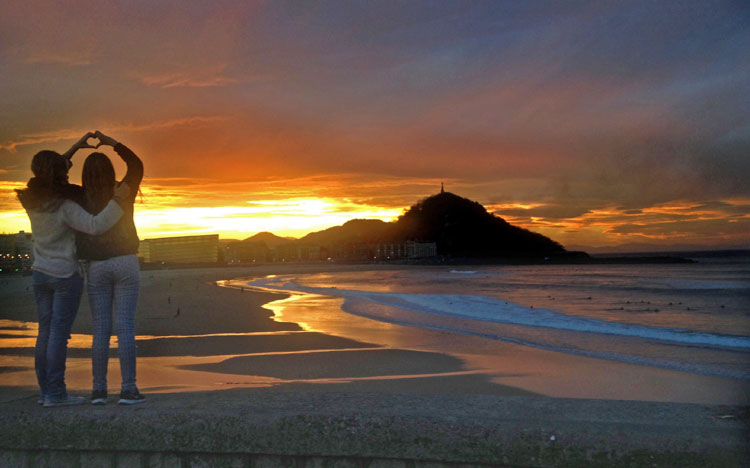 Sunset from the Sagües wall 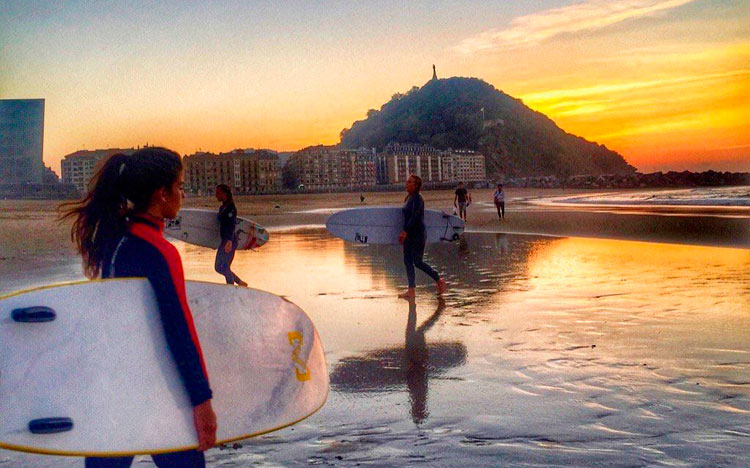 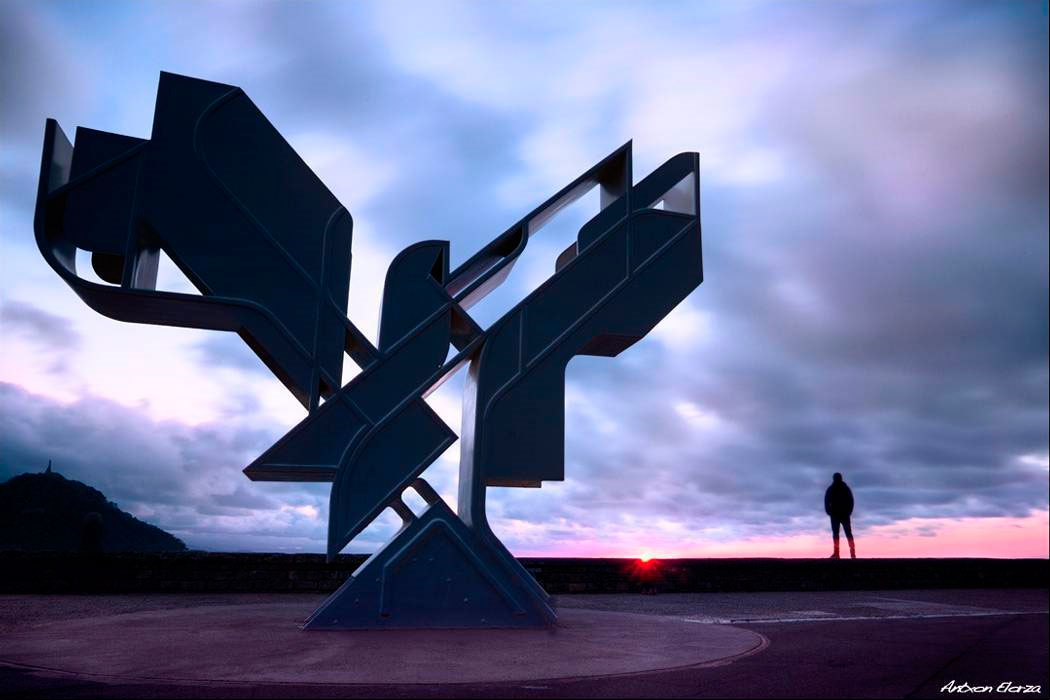 Here we find ourselves at the foot of Mount Ulia, where the Camino de Santiago (Way of St. James) passes. I recommend walking up…it’s about a 30 minute climb, but the wonderful views make it well worth it! Your efforts can also be rewarded with a delicious pintxo at the Albergue or at the Merendero de Ulia! 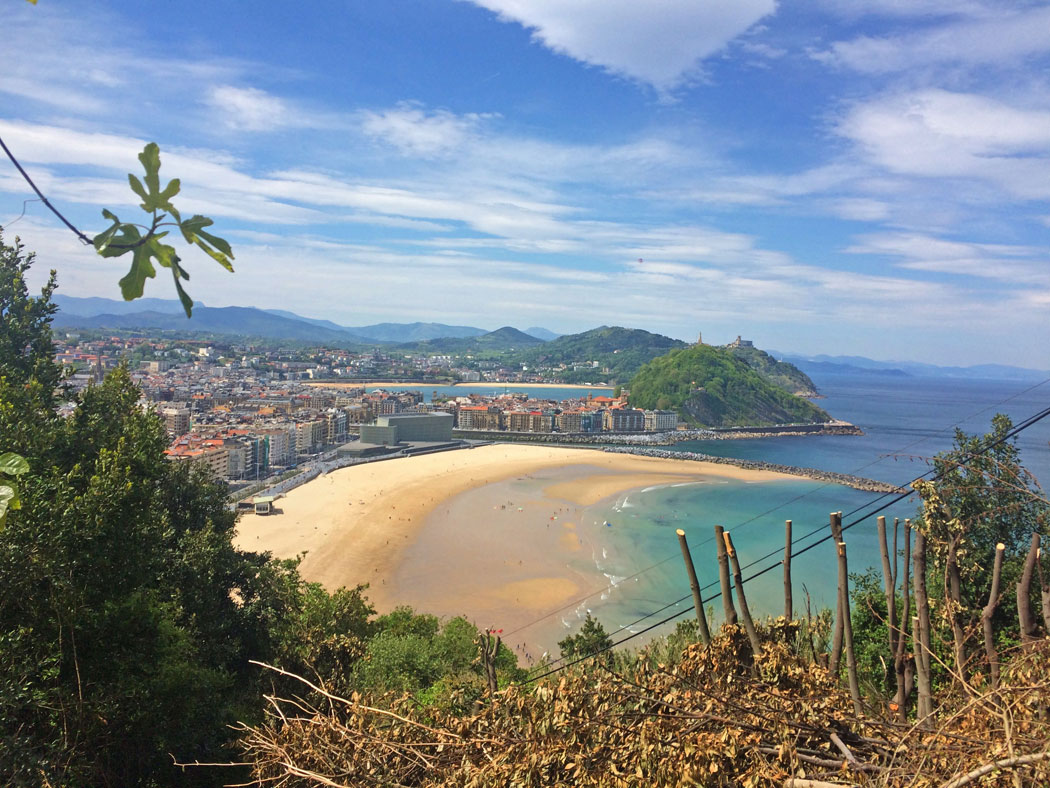 View from the walk up Mount Ulia.

But we’re about more than just beach and surf in Gros; new shops and restaurants continue to bring a wide range of options to the neighborhood, including Sakona Coffee Roaster, where they toast their own coffee, Topa Sukalderia, which fuses Basque and Latin American cuisine, The Loaf Bakery, which bakes artisan breads, Mala Gissona Beer House, where they serve artisan beers, and Papperino Il Gelato, with its homemade ice cream in a range of flavors. You can’t miss out on this classic Donostiarra tradition of enjoying some mouth-watering ice cream! 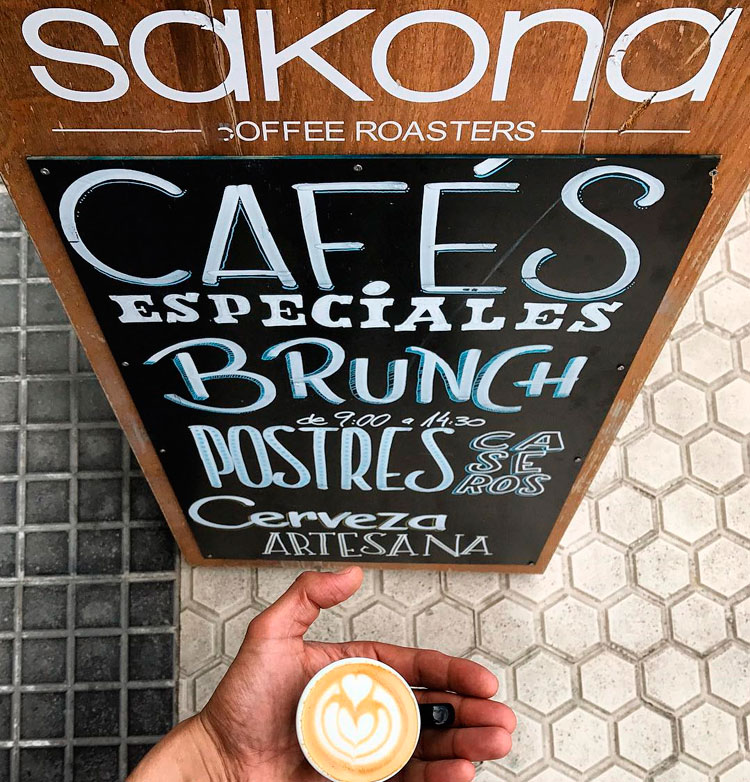 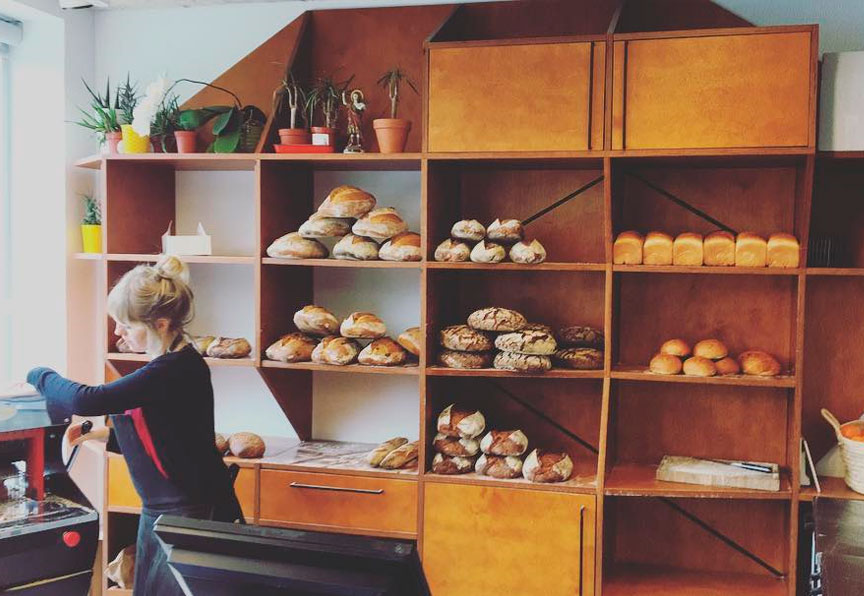 And you’re in luck if you like shopping...Gros is home to many one-of-a-kind shops with a unique style, including local designers and entrepreneurs like Oh la la, Miner, Vintage Closet, The Factory of Colors, Little Lola, Txantxo...and if you’re looking for activewear and equipment, visit Izadi, Apaletegi, and the Pukas and Hawaii surf shops. Even the New York Times recommends 5 places for shopping in Gros. 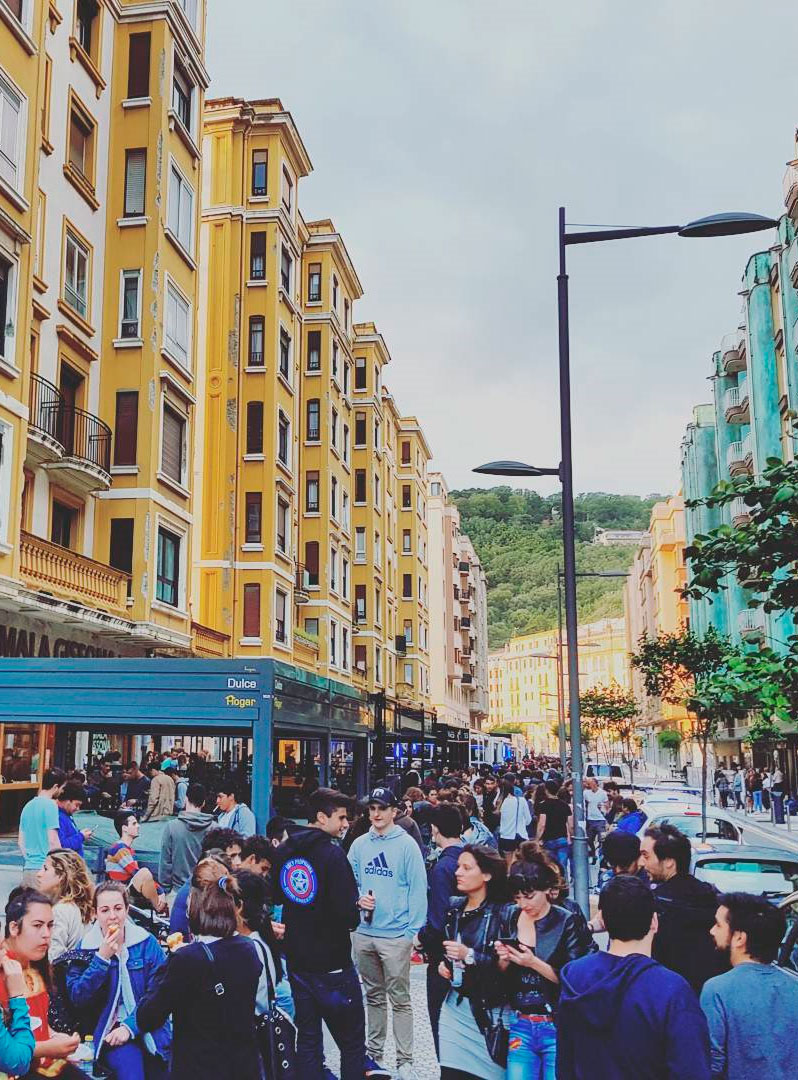 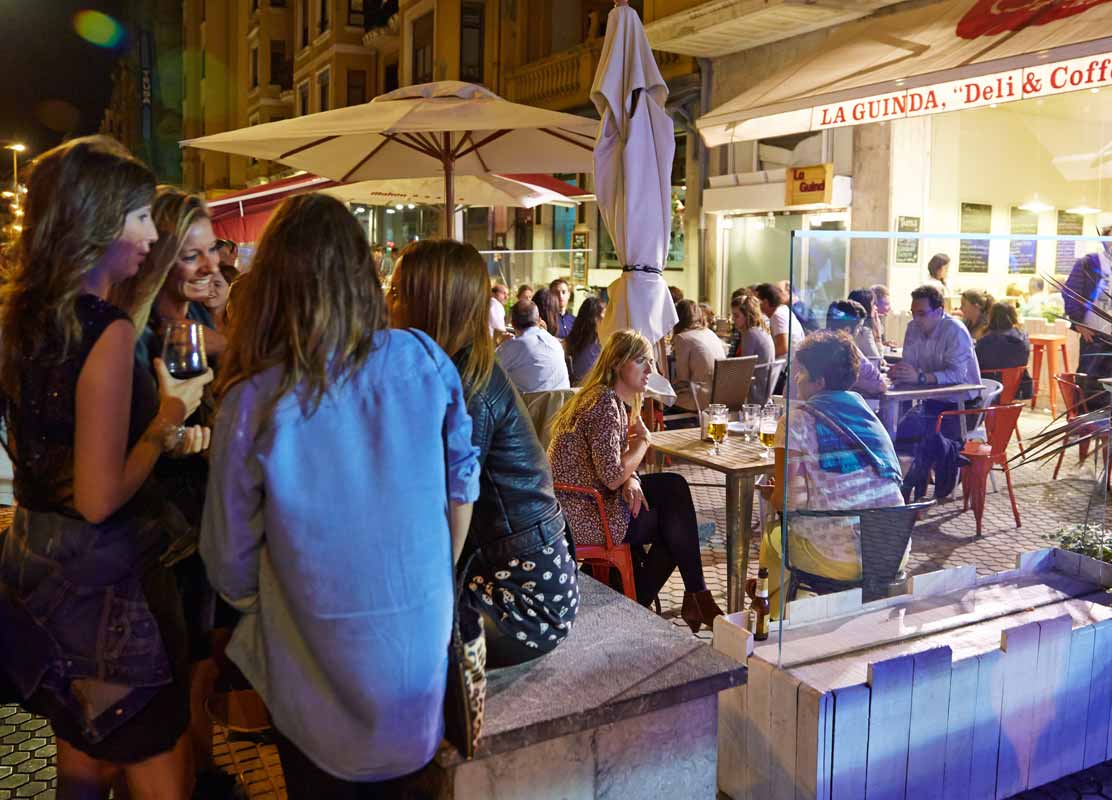 Oh, and of course you can’t miss the pintxopote! A drink and a pintxo is just €2 on Thursdays, the perfect mix of pintxos and a fun, youthful atmosphere.

One of the great expressions of contemporary architecture, and a Donostia/San Sebastián landmark, this convention center hosts everything from festivals to a full range of trade fairs…

Known as the “cubes”, the building is designed by architect Rafael Moneo and represents “two beached rocks” and offers different events practically every day of the year.

There are three things you’re guaranteed to find at Zurriola beach, the busiest beach in Donostia/San Sebastián with a clearly surfer vibe: waves, surfing, and young people.

Located between the Kursaal and Mount Ulía, it has become a favorite destination for surfers and young people from all over the world since its remodel in the mid-90s. Zurriola hosts a packed calendar of surf, volleyball, football and paddle games and competitions year-round.

The Paloma de la Paz (The Dove of Peace), a 7-meter high sculpture designed by the Basque sculptor Nestor Basterretxea (Bermeo 1924-2014), stands on the Zurriola beach promenade. It was built in the ’80s as a symbol of the city's commitment to peace, freedom and coexistence.

This former watchtower for whale watching was used as a playground for the aristocracy in the early 20th century. Today, it is the city’s most important hiking area, as the Camino de Santiago (Way of St. James) passes along the coast. In addition to La Peña del Ballenero and La Peña del Rey, two viewpoints for sighting whales, it has picnic areas, the renovated Albergue de Ulía and incredible views of the city.