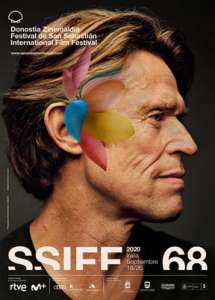 If you want more information, you can access to the detail info of the organizer.

The 68th San Sebastian International Film Festival will take place from the 18th to 26th of September. The Victoria Eugenia Theatre will be the head of such celebration. At the Official Selection, Films from around the World shall try to take the Concha de Oro award, while the New Directors segment will show many recent directors going for the Kutxabank-New Directors award, showing their first or second time featurettes. The Horizontes Latinos section will contest many Latin American films that have never been released in Spain. Perlak will screen many features which have previously ranked awards across the World, and will be taken for the Ciudad de Donostia / San Sebastián Audience Award, while the Zabaltegi-Tabakalera gives one of the most open sections in the Film Festival, having no rules, no style regulations nor length restrictions. This also adds Culinary Zinema, a selection of movies related to food culture and gastornomy, Zinemira, solely dedicated to Basque films, and Made in Spain, with a showcase of the Spanish films screened this last year.