Pasaia Maritime Festival: You’ll be looking out to sea from 26 to 29 May

An unmissable date with our maritime tradition

This is the second time the event has been held in Pasaia. The first time, in May 2018, over one hundred boats came to the gathering of traditional boats.

Being there was like delving into a vast library. The docks didn’t lay idle for a single moment. Boats and their crews were constantly coming and going. When they all went out to Pasaia’s small stretch of sea, there were endless sails and oars, whichever way you looked. And equally impressive, were the looks and expressions on the faces of those crews. Surprise and happiness at the same time. Happiness that spread to the hundreds of visitors who tried not to miss a single part of the activities planned during those days. 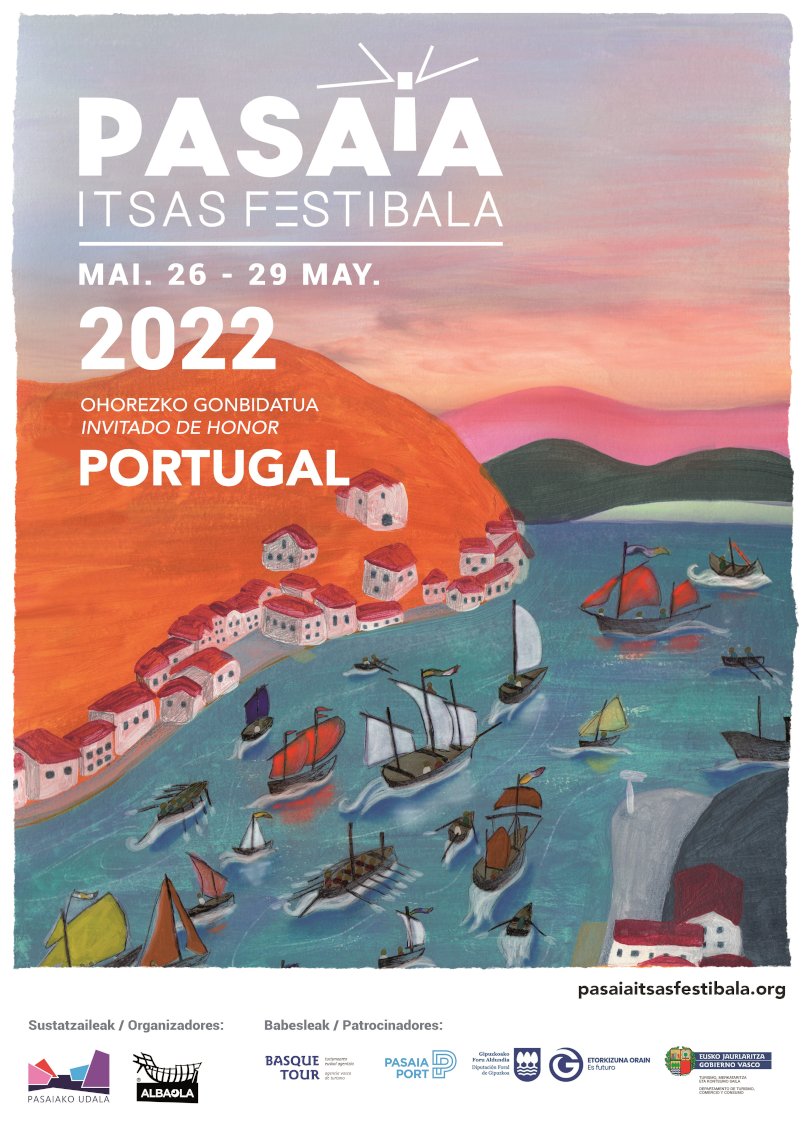 "Traditional wooden boats, whether they be small or large, are whole libraries of knowledge about the sea..." 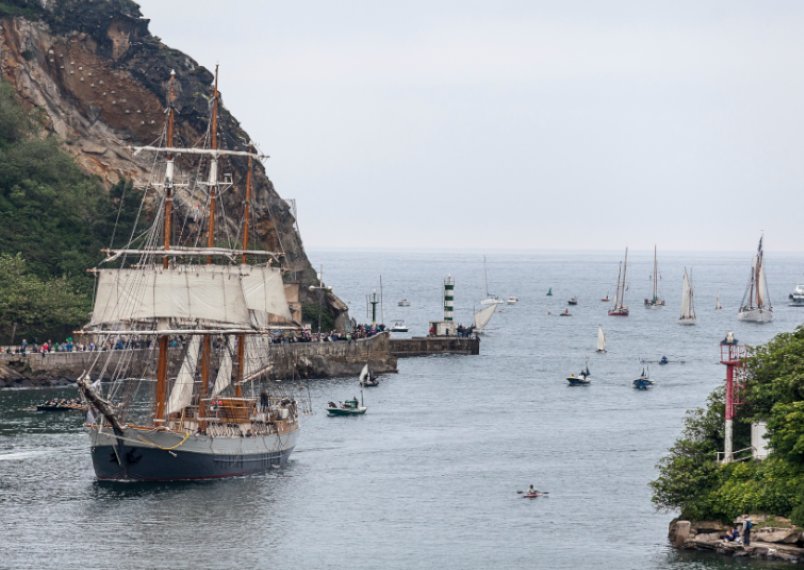 They all knew that they were present at an event that would - and did - mark a turning point on the Basque coast. Having visited the Albaola Itsas Kultur Faktoria shipyard/museum, where the «San Juan» is being built - the replica of the whaling ship that sailed off from Pasaia’s small stretch of sea in the 16th century, heading off towards Terranova to hunt whales - an image of that departure was conjured up for many a person and they “saw with their own eyes” the Basque galleon as it headed out to sea. On the dock, their wives, mostly dressed as if in mourning, looked up at heaven and prayed for the happy return of those crews. 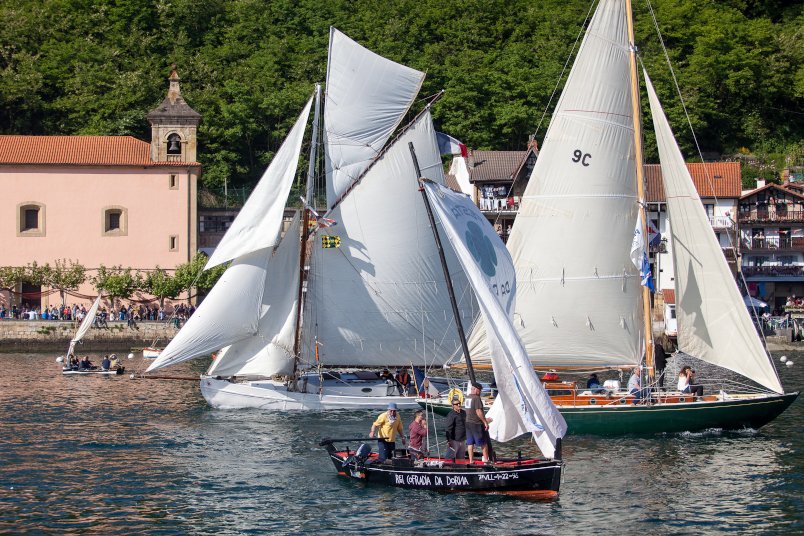 Nowadays, all that remains of that culture is found in books, in oral traditions that are yet to be lost… But it is also relived at events like the one held in Pasaia, which will return again this May, from 26 to 29. One big plus, among many others, is that all of the children who were there to see it in 2018, who will see it this year and in years to come, will be able to talk about that maritime culture in the present tense, because it’s alive and kicking and they have witnessed it.

The Recouvrance, Marité, Oosterschelde, Shtandart… These are some of the twenty-plus-metre-long boats that have been invited to Pasaia and will elicit the most “Wows!” and get snapped in countless photos this year. But there are over one hundred and fifty boats signed up that are shorter in length! So, the “competition” between admirers and visitors is going to be really tight. Without a doubt, the saying “you must not miss it” has never rung so true. 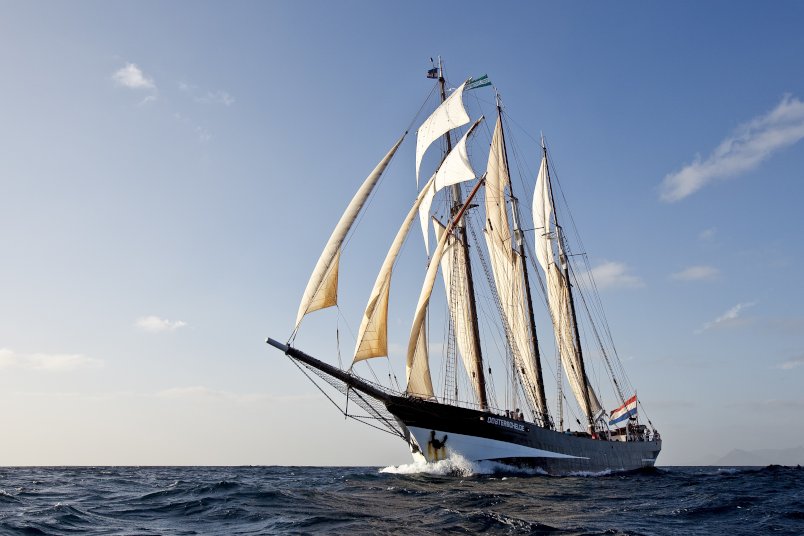 But they won’t be found wanting on land either, far from it. The programme is going to take place in the different districts of Pasaia, from Donibane and San Pedro to Antxo and Trintxerpe, with activities related to seafaring professions, music, crafts, cuisine, solidarity, tangible and intangible maritime heritage and workshops and shows for all audiences, introducing us to maritime culture over 4 days. 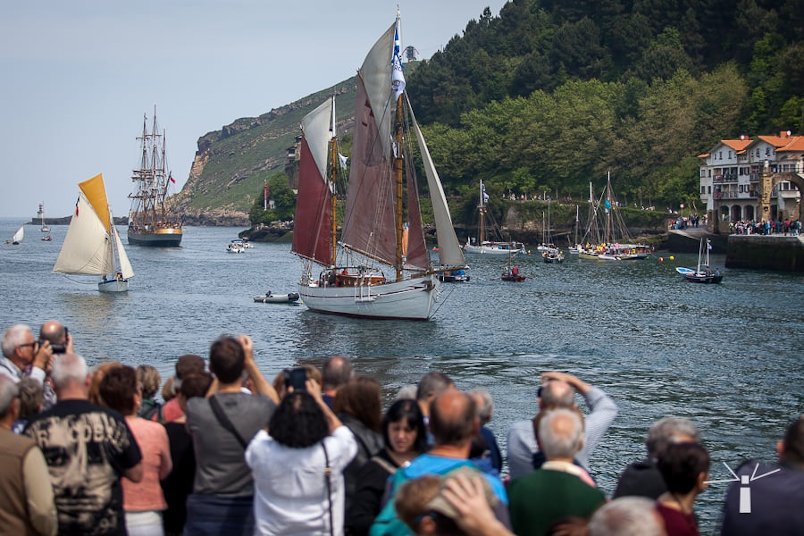 This cultural programme mostly consists of activities planned by local cultural operators, with public engagement being promoted by the organisers of the Festival, i.e. Pasaia and Albaola town councils. They all deserve credit for the success of the first event and, by shining the spotlight on maritime culture, they have boosted the support received from the private sponsors and institutional partners of the Pasaia Maritime Festival: Pasaia Port, the Provincial Council of Gipuzkoa and the Basque Government.