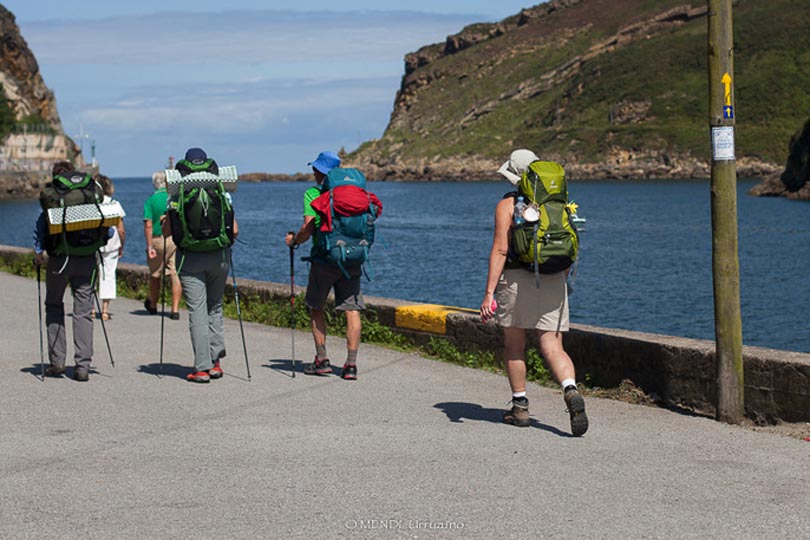 Pilgrims that get this far on their way to Santiago de Compostela chose between two paths, the Coast or Inland. These are two fabulous ways of getting to know Gipuzkoa. The Coastal Route was the first route open by European Christianity, sheltered from the dangerous lands to the south andthe Muslims living there. Nowadays it is a lovely threestage route over the cliffs, next tothe sea, from Irun to Deba beforeentering Bizkaia.

Credentials are handed out at the door of the Santa María Basilica from 10:30 a.m. to 7:30 p.m. and on Sundays from 1:30 p.m. This service is not available during Mass or when the Basilica is closed.