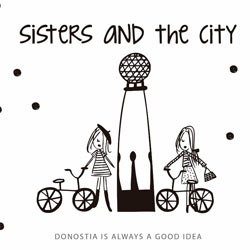 Sisters and the City bloggeras

At Sisters we are fond of experiences that teach us interesting things and help us to connect to the land that we love so much.

When we visited the San Sebastián Turismo home page and learned about the possibility of visiting the Adarrazpi dairy in Urnieta with Basque Cooltour – where in addition to discovering more about the process of creating cheese and cheese curd, among other things, we would be able to see how Mikel, the owner of the dairy, worked with his dog Pintto and his sheep out in the open air – we jumped at the chance to sign up.

We were met by Kepa, the founder of Basque Cooltour, with his van outside the Terminus hotel by the train station. Even though rain had been forecast, a splendid day was dawning upon us. 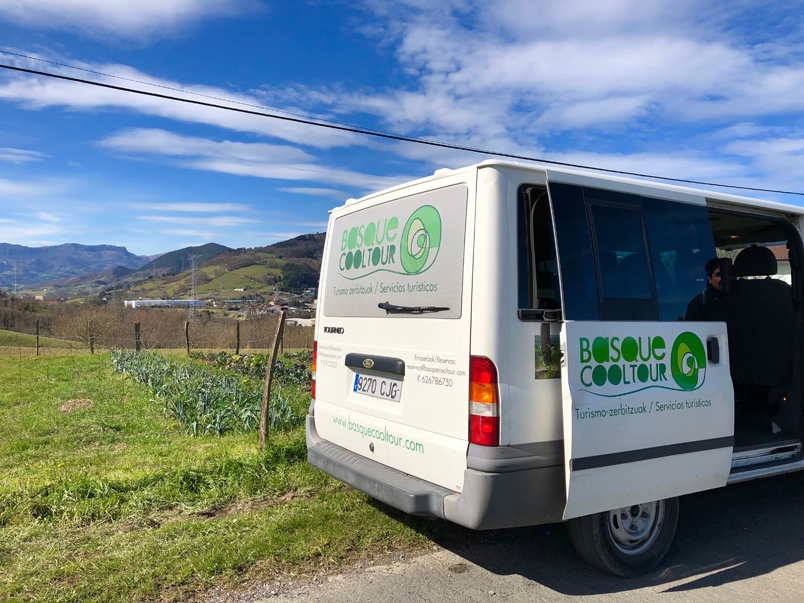 We chatted excitedly for the entire journey to the dairy. 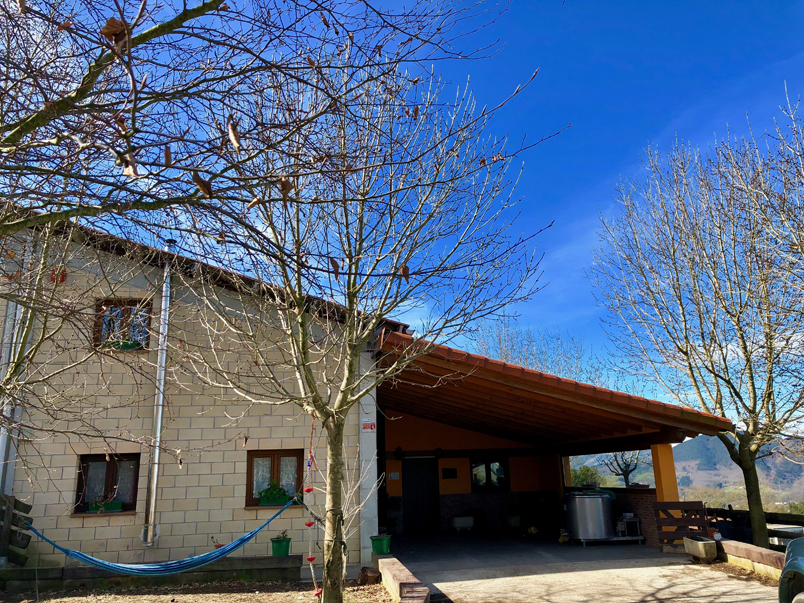 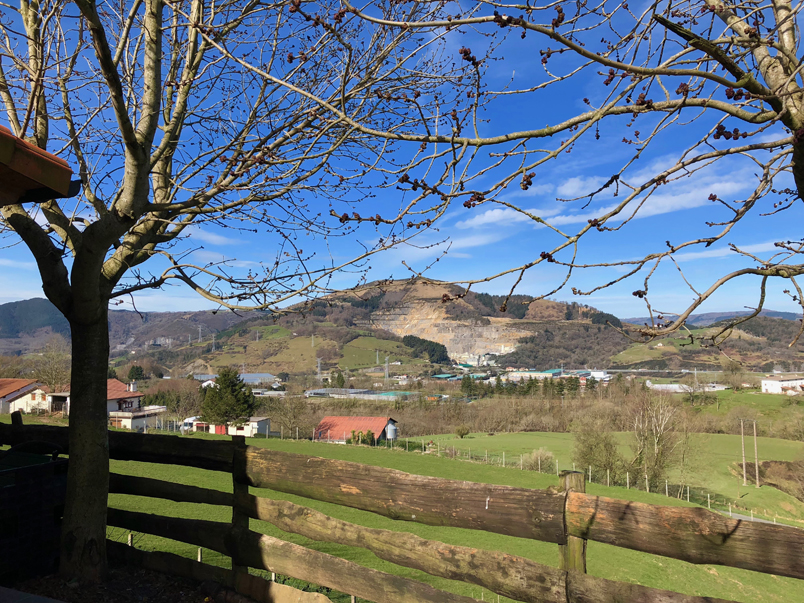 As soon as we arrived, Mikel came out to greet us. He was just finishing milking his flock and he invited us to discover the process.

We were amazed by the level of organisation involved, and by the hard work of Mikel's dog Pintto. On hearing the voice of his master, he would jump to herd the sheep from the “waiting room” to the milking area.

As you can imagine, from the offset we could not stop taking photos and videos. In fact, we had the feeling that more than one sheep stopped to pose for our photos on seeing our cameras, and one of them even looked at us with a certain curiosity. 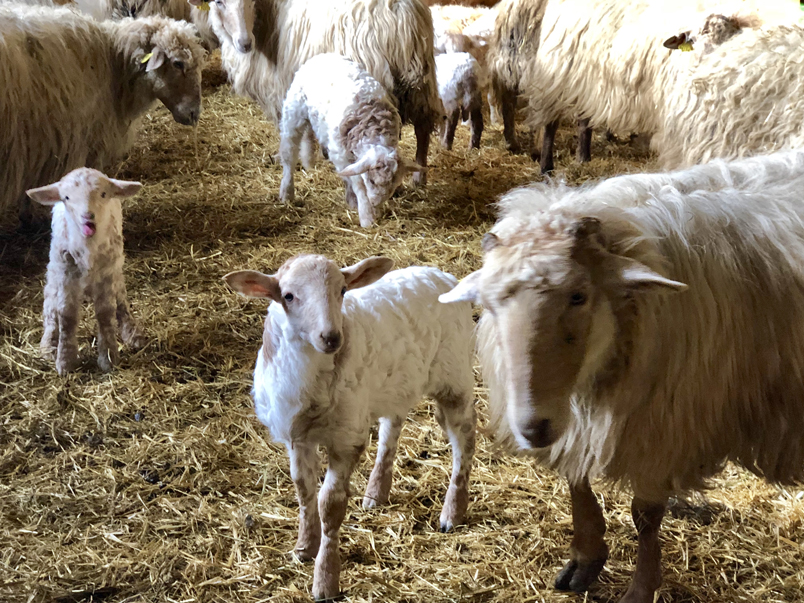 Once the 150 sheep had been milked, Gorka invited us to hold a baby lamb in our arms. At first we thought it seemed willing, but then we decided that since the poor thing hadn’t stopped calling for its mummy since we took it from the flock, I think that at that point it must have understood us and thought, there's no way in a million years that I'm going to the city with the sisters! 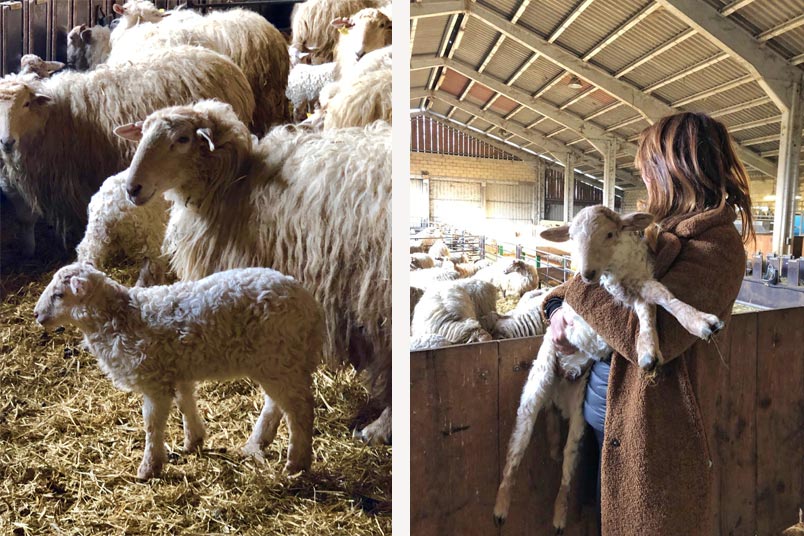 After that point, we donned aprons, rubber boots and a hat and moved on to the production room.

Inma received us with a huge smile and countless litres of milk for making Idiazabal cheese and curds. 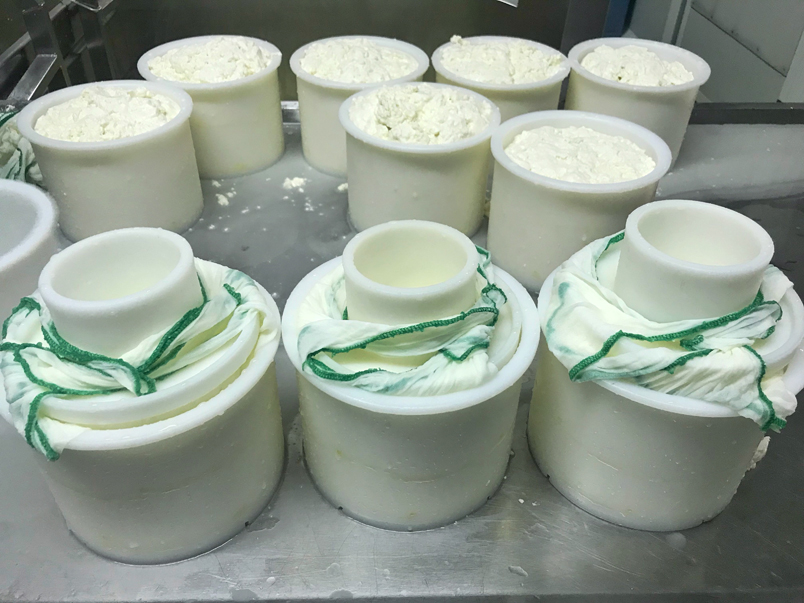 We were highly impressed with the production process. Although some tools are used to assist, a lot of tasks are still carried out by hand, and Inma did so with great finesse.

We really enjoyed the conversation and all of the quirky facts that Inma told us about life on the dairy and the production of the cheeses. 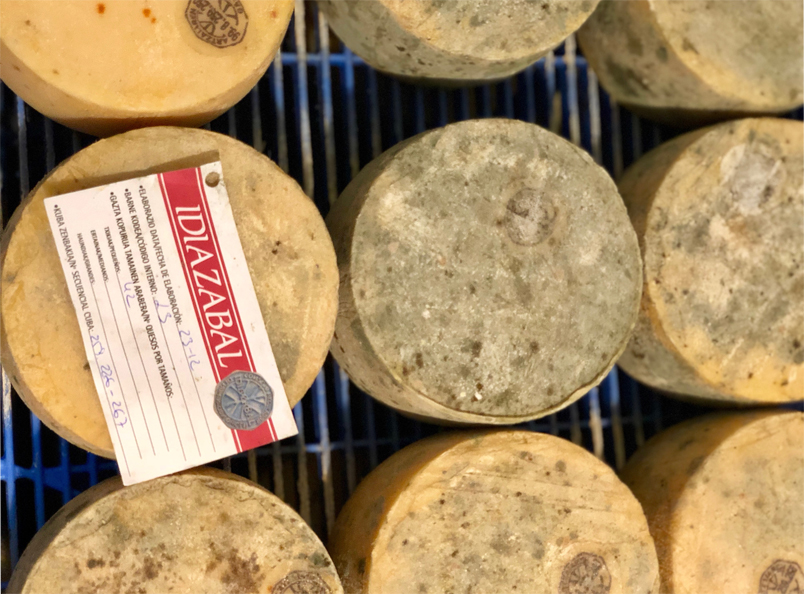 After finishing 20 Idiazabal cheeses and 25 portions of curds, we moved on to see the storage area, where the Idiazabal cheese begins the curing process which lasts for a minimum of 60 days.

After waving goodbye to Inma, we moved on to sample the products.

We were greeted by a table with Idiazabal cheese and some delicious creamy curds that we sampled with honey. 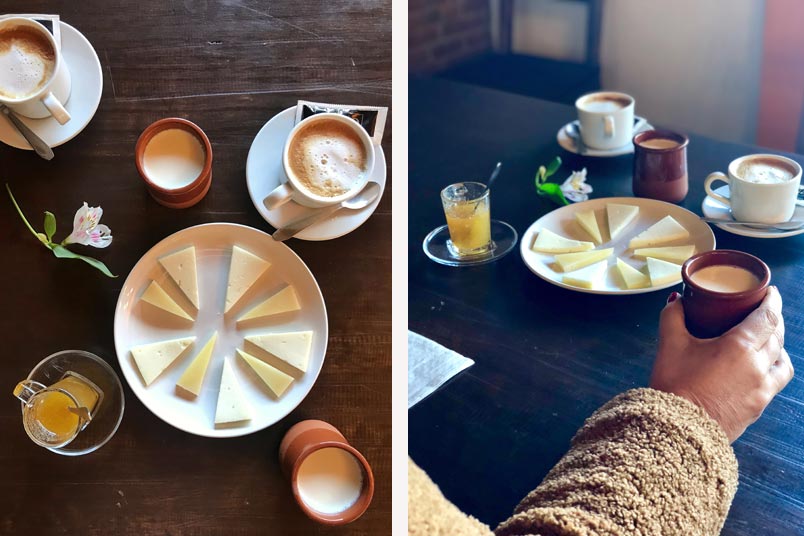 The Idiazabal cheese is fantastic, but the delicate texture of the curds is simply exquisite.

After the tasting, it is possible to buy products directly from the dairy.

We got into the van and were taken to the part of the experience that we enjoyed the most.

The amazing spectacle of seeing the sheep coming down from the hillside, guided by Pintto, is really something spectacular. They told us that this part of the visit depends on weather conditions and that we were lucky to have been able to enjoy it, and really it was a truly beautiful day. 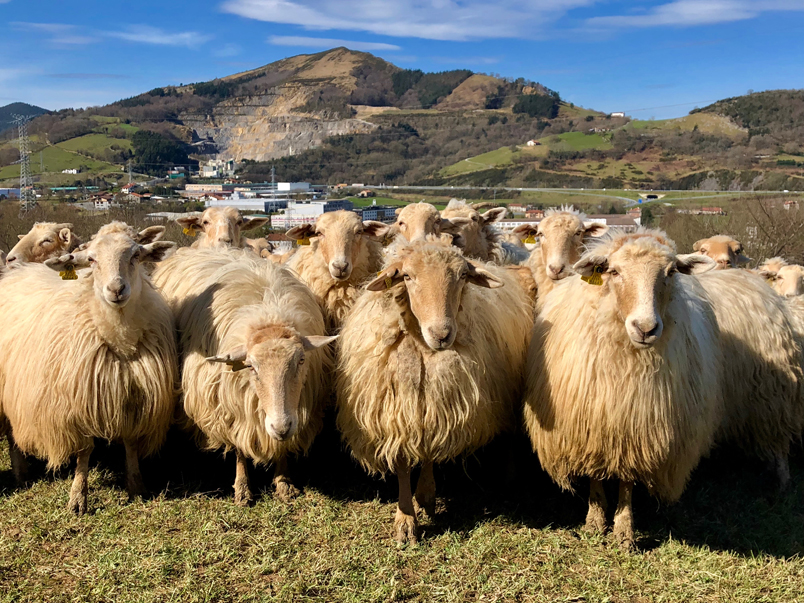 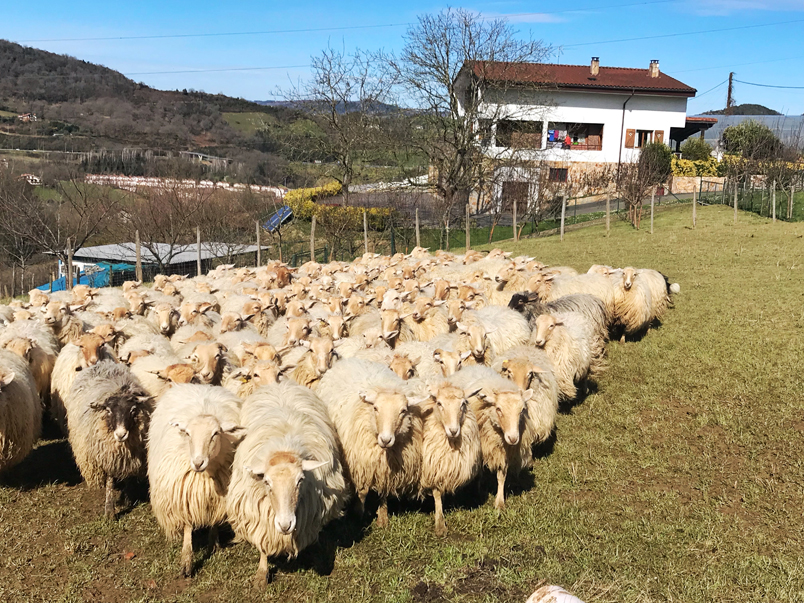 It was hard for us to leave the farm, as it was the first time in our lives that we had been surrounded by a flock like this, and curiously we felt very comfortable and happy among all of the sheep. 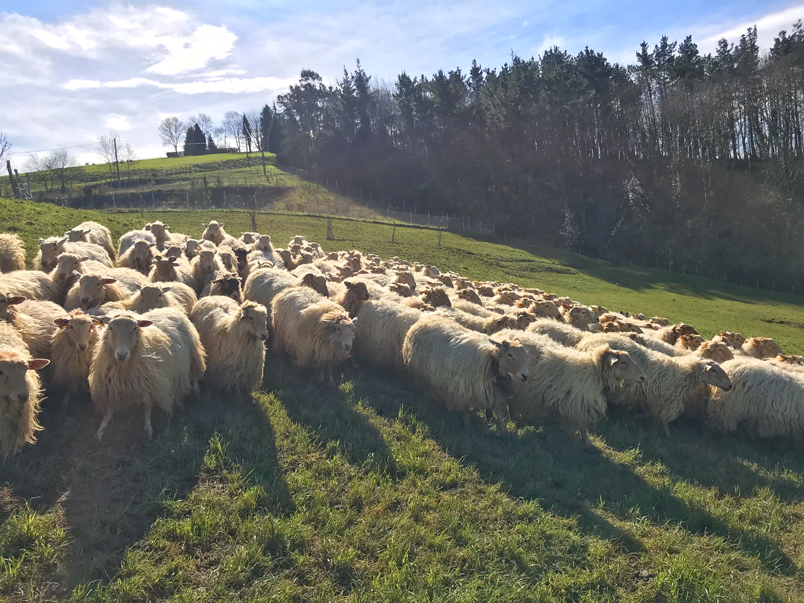 A couple of days later, on a Saturday, we passed by the San Martín Market where we like to do our shopping.

Going down to the lower floor, we saw the Idiazabal cheeses and delicious creamy curd products from Adarrazpi. 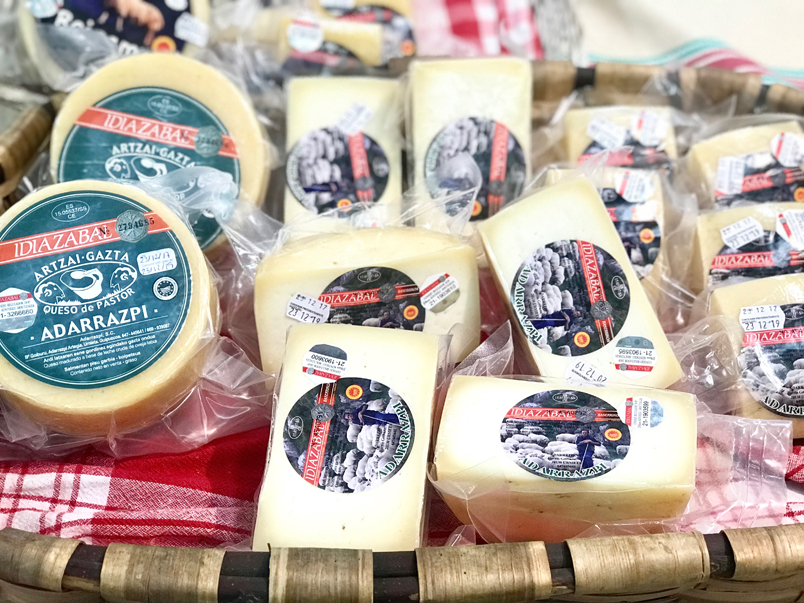 We greeted Ainhoa, who told us that the morning had been going well and that the cheeses had been flying off the shelves. We smiled when we looked at the cheeses, because now we know exactly what the production process involves and we understand the hard work involved in creating each and every one of them.

In approximately 60 days, the 25 Idiazabal cheeses that we witnessed the birth of will bring smiles to the faces of the people that buy them, and we, the sisters, were there when they came to life ;-)